As Gold and Satyameva Jayate completed first three days at the Box Office, more records have been broken by both Akshay Kumar and John Abraham. 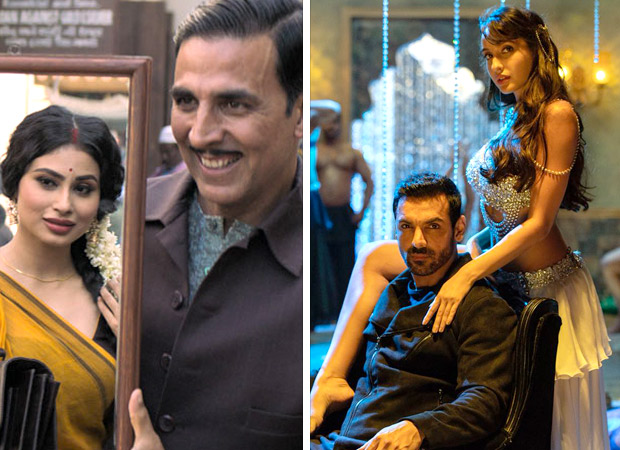 Akshay Kumar's Pad Man had collected Rs. 40.05 crore in its opening weekend after taking a start of Rs. 10.26 crore. The film grew well on Saturday and Sunday to go past the Rs. 40 crore mark. Now the actor's Gold, which took a roaring start of Rs. 25.25 crore on its opening day did see an expected dip on Thursday and Friday (due to these being working days). However, the collections were still good enough to ensure that Rs. 43.75 crore still came in the first three days. More is of course expected between today and tomorrow which means first week of Pad Man [Rs. 62.87 crore] would be surpassed by tomorrow itself.

On the other hand for John Abraham, Satyameva Jayate has turned out to be a major grosser already. His film had collected Rs. 37.62 crore in its first three days after bringing in a massive Rs. 20.52 crore on its opening day. Again, there was fall in numbers on the next two days but still the overall collections are good at Rs. 37.62 crore. Compare this with the entire first week collections of Parmanu - The Story of Pokhran [Rs. 35.41 crore] and one gets the picture. The lifetime number of this film was Rs. 65 crore and one waits to see how fast is this milestone surpassed by the Milap Zaveri directed film.

If both films go on an overdrive today and tomorrow, expect quite a few new records to be written before the weekdays kick-start.