Considering the pre-Diwali season, which is the weakest time period for a film to release, Housefull 4 was expected to open around the Rs. 20 crores mark. This is what happened as well, what with Friday collections turning out to be Rs.19.08 crores. The film started on a good note in the morning shows and post that the evening and night shows stayed decent as well, though with no real upswing as families do get busy with celebrations and festivities. 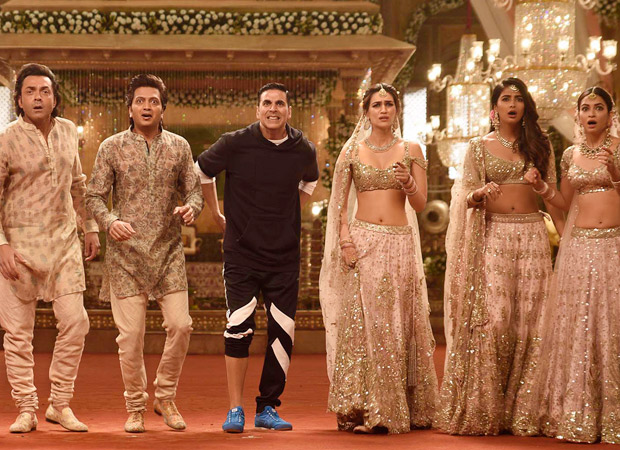 Nonetheless, the good news is that this Nadiadwala Grandson production is the biggest in the Housefull franchise as the collections are bigger than Housefull 3 [Rs. 15.21 crores], Housefull 2 [Rs. 14 crores] and Housefull [Rs. 10 crores]. Now it has to be seen how the weekend turns out to be since collections would be impacted further today and tomorrow due to Diwali celebrations. However, Monday is set to be good all over again due to it being the best day for the film when it comes to family audiences stepping in.

For Sajid Nadiadwala, the film has opened much bigger than his last two big successes, Super 30 [Rs. 11.83 crores] and Chhichhore [Rs. 7.32 crores]. Both of these were word of mouth films and managed to grow well over a period of time. Housefull 4 is a quintessential commercial entertainer though and hence would need sustained momentum.

As for Akshay Kumar, this is yet another good opener for him in 2019 after Mission Mangal [Rs. 29.16 crores] and Kesari [Rs. 21.06 crores] and one waits to see how the lifetime turns out to be for Housefull 4.