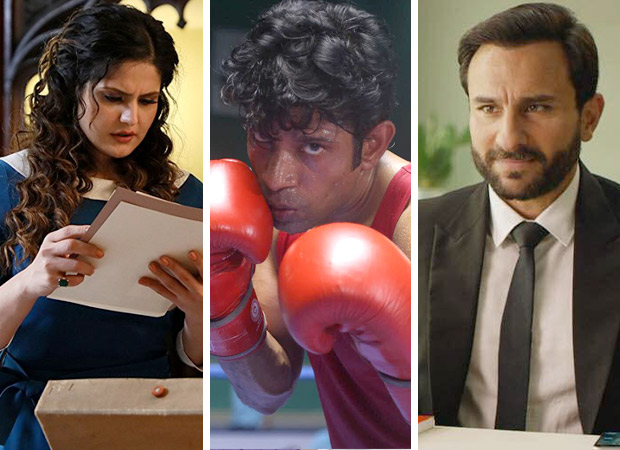 1921 had a shaky release on Friday as it couldn't arrive at all multiplexes but was running across all properties over the weekend. Expectedly, it jumped on Saturday and then Sunday as well. At Rs. 6.45 crore, it is better than the newer releases. Still, when compared with 1920 London it is low since the Sharman Joshi-Meerra Chopra starrer had fetched Rs. 7.73 crore in its opening weekend. All eyes would be on the weekdays now.

Mukkabaaz showed some growth over the weekend as it went up from Rs. 0.82 crore Friday to Rs. 4.04 crore in three days. A few months back Newton too had taken a similar start [Rs. 0.96 crore] though it had grown at a much rapid pace to finish its weekend at Rs. 6.90 crore. That would have been much more ideal result for Mukkabaaz.

Kaalakaandi is a disaster as after a very poor start of Rs. 1.25 crore on Friday its overall weekend is just Rs. 3.85 crore as that hardly sounds fine if one looks at the credentials with the name Saif Ali Khan in there. The numbers are actually lesser than what his last release Chef [Rs. 4 crore] had fetched and that film too was a disaster no less.