From a sleeper success in 2011 [Pyaar Ka Punchnama] to his film completing a 50 day run in 2019 [Luka Chuppi], it has been one remarkable journey for Kartik Aaryan. In these eight years gone by, the young actor has seen intermittent successes as well. However, last one year has been the best time for him in theaters, what with first Sonu Ke Titu Ki Sweety and now Luka Chuppi turning out to be major money spinners at the Box Office. 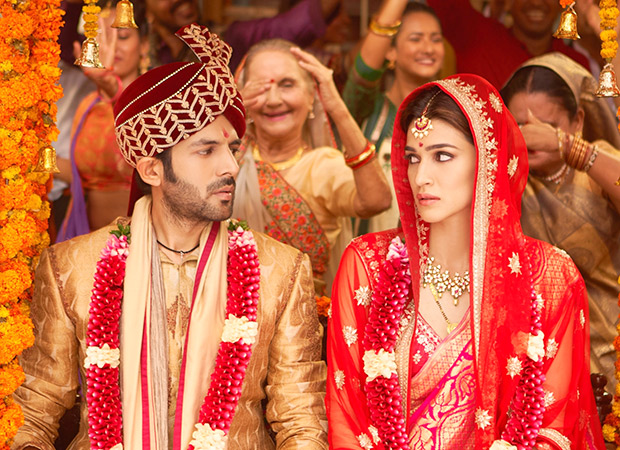 After all, it isn't for the first time that a film of his has completed a 50 days run. As a matter of fact even his debut release Pyaar Ka Punchnama had stayed on in theaters for a really long time after a slow start. All around positive word of mouth had allowed it to keep running for weeks and eventually it too celebrated 50 days in select theaters. Same happened with Pyaar Ka Punchnama 2 as well as Sonu Ke Titu Ki Sweety. Now ditto for Luka Chuppi as well, which is still playing in a few screens despite the arrival of so many films ever since its release.

"It is always good to see a long run for a film of yours. Luka Chuppi has been a very special experience. Right through its making I and Dinoo (Dinesh Vijan, producer) were so confident that the film would do well. It was shaping up so nicely and I remember having these chats with Dinoo. We even placed bets on the opening day collections and I am glad the film started well the moment it released," says Kartik.

For Luka Chuppi, there has been competition right from the day it released. There was Total Dhamaal already playing and then Badla along with Captain Marvel arrived soon after. A biggie like Akshay Kumar's Kesari released three weeks later meant that its screens had to be compromised week after week. However, while there are quite a few films that manage to open well, there aren't many which go on to have a long run in theaters. In that regard Luka Chuppi has been a good exception for the entire team.

Globally the film has collected Rs.114 crores with over Rs.94 crores already from India which is no mean feat, as a result of which the film is a Superhit all over.

"Well, this was bound to happen since Luka Chuppi is a much loved film. Audiences have been rooting for it ever since its release and that's the reason why it is continuing to play on. I'm glad that like Sonu now Guddu has his own fanbase," says Kartik.
With Pati, Patni Aur Woh and Imtiaz Ali's untitled film as his next set of releases in 2019 and 2020, Kartik can well brace up for a lot more exciting times ahead.