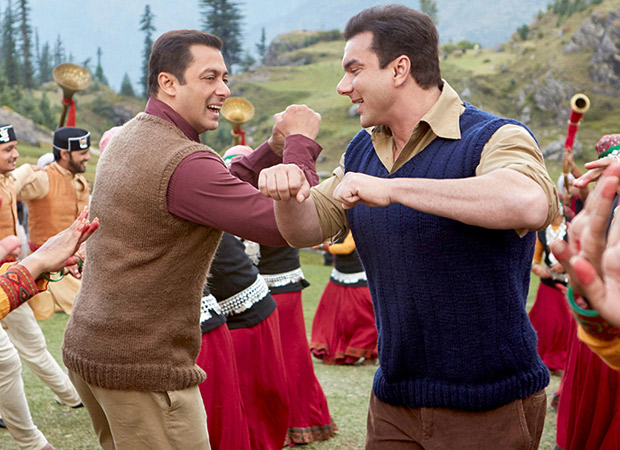 One expects good music from Tubelight, given the fact that Pritam, Amitabh Bhattacharya, Kabir Khan and Salman Khan are coming together again. Yes, the soundtrack has to be situational, given the premise of the film. However, it is expected to be pleasant for sure.

This is what one gets to hear in the opening track, 'Radio', which has a feel good quality to it and is a smile through melody. With a good rhythmic base to it, this happy song about homecoming and togetherness goes right with the emotional content that Tubelight promises to bring with it. Singers Kamaal Khan and Amit Mishra do well and with Akashdeep Sengupta as the additional vocalist, you like what you hear.

The feel good factor continues with 'Naach Meri Jaan' that has a 'pahadi' start to it. The song pretty much continues from where 'Radio' left and with an all-male team of Kamaal Khan, Nakash Aziz, Dev Negi and Tushar Joshi along with Akashdeep Sengupta coming together, you do get into a groove right away. In fact the song has an inherent 'desi' dance music feel to it and it is surprising that the makers didn't unleash this even more strongly. A good hear all over again.

Guest lyricist Kausar Munir steps in with 'Tinka Tinka Dil Mera', a sad song about pain and separation. Somehow the song has a South feel to it in the way it begins, is sung by Rahat Fateh Ali Khan & Jubin Nautiyal in two different versions and put to tune by Pritam. This one has an MM Kreem/A.R. Rahman sound to it and though it may make some sort of an impact on screen, as a standalone number one doesn't quite see this one turning out to be a must-hear.

The song that follows, 'Main Agar', follows an emotional route and is sung well in high pitch by Atif Aslam. A track about forging a bond with someone truly special, it also gains from the kind of set up that it boasts of which makes it the kind that has to be heard and experienced on the big screen. This one may not set the charts on fire but in the context of the film's situation it should turn out just fine.

Last to arrive is 'Kuch Nahi' which has Javed ali coming on board. This one is almost a continuation of 'Main Agar', thematically as well as composition wise. Though this one too is decent to hear, one somehow feels that while the music could well work well as a package in the film, it would eventually turn out to be quite distant from what one expects from quintessential Bollywood music.

The music of Tubelight makes for a good hearing, though surprisingly it hasn't really seen its promotion going all the way. Though 'Radio' and to an extent 'Naach Meri Jaan' has seen some popularity, rest would depend entirely on the film's run.