A sports drama has its own limitations when it comes to music. Moreover, when the entire soundtrack is out barely a week before the film's release, it becomes even tougher for the visibility to be gained in the quickest possible time. Fortunately though, the credentials are impressive as Shankar-Ehsaan-Loy step in as a composer with Gulzar as the lyricist for the five songs that have been put together for Soorma. 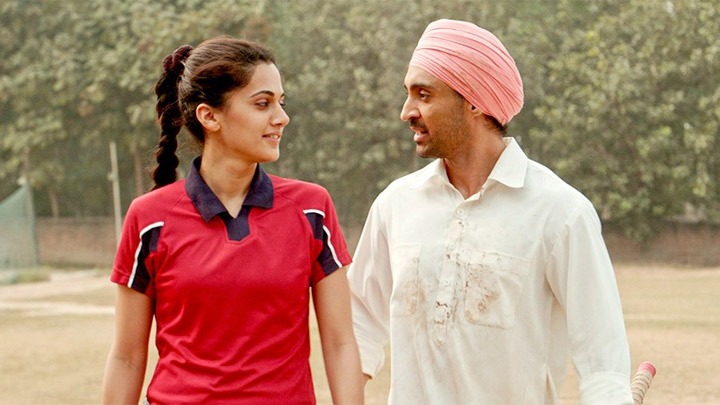 Sukhwinder Singh and Sunidhi Chauhan come together for the celebration number 'Good Man Di Laaltain'. The core hook for the song does get the feet tapping. However beyond that there isn't much that one takes home as there isn't much of a recall value that is generated by the song. This one tries to merge traditional folk flavour with the modern side and it is primarily the energy factor that works to some extent.

Shankar Mahadevan brings himself on board for 'Soorma Anthem' which basically tells the story of a man who fought against all odds and emerged victorious. A number like this does warrant the rendition to be on high pitch and this is what that turns out to be the case too for 'Soorma Anthem'. Expect the sound of 'Soorma' to play on at multiple points in the film's narrative.

'Ishq Di Baajiyaan' is the song that comes next and this time around it is Diljit Dosanjh himself taking over the center-stage as the singer. A softly rendered romantic number with a 'thehrav' to it, this one turns out to be a decent hear as it moves along at a leisurely pace. That said, it isn't the kind of number that would set the charts on fire as it just about catches your attention rather than making you play it repeatedly.

The manner in which 'Pardesiya' begins, you know that this one is going to be a number attached to the roots with a 'desi' flavour to it. The team of Shehnaz Akhtar, Sahil Akhtar and Hemant Brijwasi comes together with Shankar Mahadevan and Ehsaan Noorani to render this one which is just about decent number to come after 'Ishq Di Baajiyaan'. However, despite its gentle tone, it doesn't really go all the way.

Daler Mehndi leads the show with 'Flicker Singh', yet another inspirational number after 'Soorma Anthem' to find a place in the soundtrack. Moreover, there is a team of singers coming together for this track too with Shehnaz Akhtar, Sahil Akhtar and Hemant Brijwasi pairing up with Shankar Mahadevan and Ehsaan Noorani. This is a kind of situational number that could well make an impression along with the visuals.

Soorma is a fair album and while a couple of songs could do well in the film's storyline, there isn't much you remember about the tune even after hearing the soundtrack repeatedly.