Sye Raa Narasimha Reddy is all set for its grand release tomorrow and taking this opportunity the producer of the film Ram Charan wrote a heartfelt letter which expressed his journey of making the film and also showed his heartfelt gratitude towards the entire cast and crew of the film. The letter was emotional and came straight from the heart. 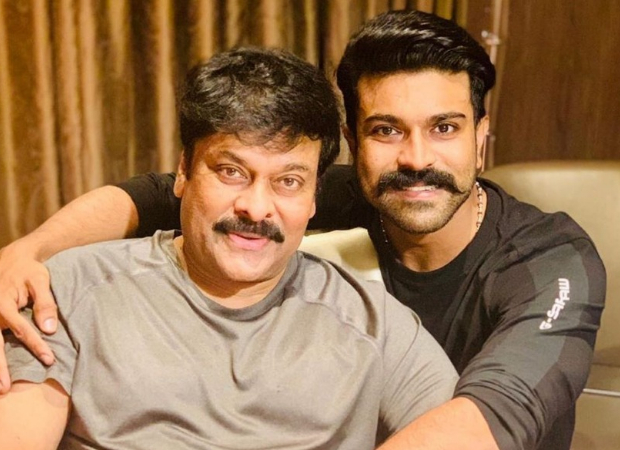 Sye Raa Narasimha Reddy: “I feel a mix of nervousness and excitement that comes before the release of every film,” says Ram Charan about producing Chiranjeevi’s film

Ram Charan took a moment to reflect how happy he was to finally be able to complete his father's dream. He also elaborated how proud he felt at having such a grand cast and in the flow of the moment, he even thanked the other members of the film including the director who stood as the backbone of the film. The producer expressed that he was elated that the film is finally releasing but he can't help but feel a little sad as this also marks the end of the film's journey, a film which was so special to all of them. He showcased his excitement but did not bother hiding his nervousness calling it a very common feeling for any producer. 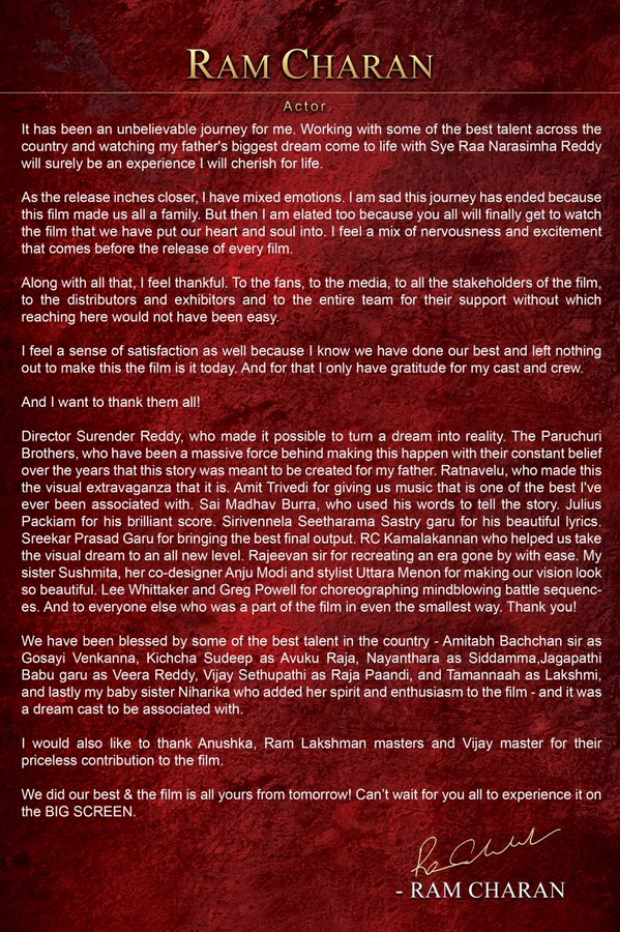