Sye Raa Narasimha Reddy starring Chiranjeevi in the leading role released today. The film produced by Ram Charan, Chiranjeevi's son, is very special to him. A day ago,  he even wrote a heartfelt letter that expressed his journey of making the film and also showed his heartfelt gratitude towards the entire cast and crew of the film. The letter was emotional as Ram took a moment to reflect how happy he was to finally be able to complete his father's dream. 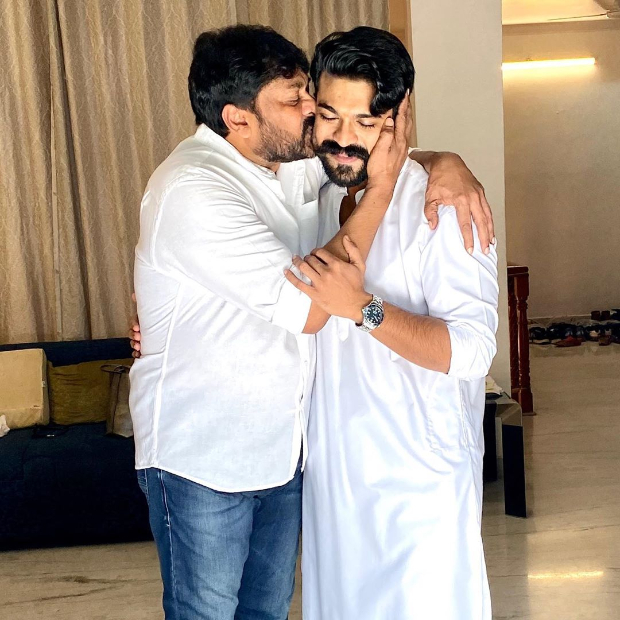 On the occasion of the big release, Ram Charan shared heartwarming photos with his dad Chiranjeevi and called him 'bossbuster'.  He captioned it, "THE MAN WHO GAVE US EVERYTHING Thank you so much Dad for this B O S S B U S T E R #bossbuster#syeraanarasimhareddy."

ALSO READ: Sye Raa Narasimha Reddy: "I feel a mix of nervousness and excitement that comes before the release of every film," says Ram Charan about producing Chiranjeevi's film