On one hand, the anticipation is only getting higher and on the other hand, there is some bad news from the makers of Saaho. For all who loved the music of the Saaho Chapter 1 and 2 videos, let us tell you that music composers, Shankar Mahadevan, Ehsaan and Loy have walked out of the Prabhas and Shraddha Kapoor starrer. They trio took to Twitter to inform fans about this shocking change! 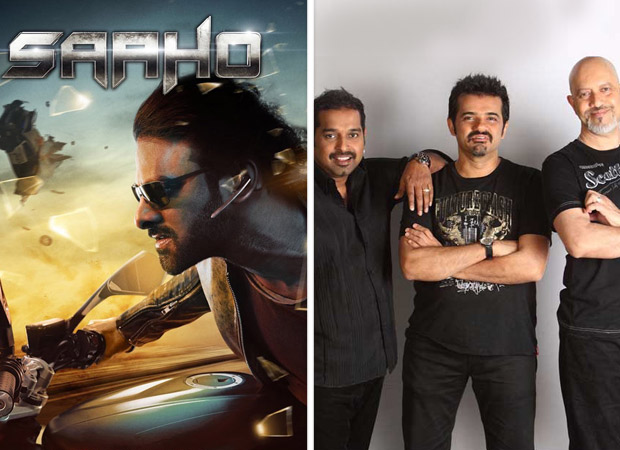 SHOCKING! As fans rejoice the new poster launch of Saaho, Shankar-Ehsaan-Loy walk out of the Prabhas starrer

Taking to the official Twitter handle of Shankar, Ehsaan and Loy wrote, “We wish to inform all our fans that Shankar Ehsaan Loy have opted out of composing the music for #Saaho here’s wishing #Prabhas @Sujeetsign #Vamsi #Pramod #Shyam all the luck for the film :)” While their post does reflect that they parting ways with the film has been mutual, the makers are currently on a lookout for a new music composer. We wonder if this sudden change will affect the release date of the film.

We wish to inform all our fans that Shankar Ehsaan Loy have opted out of composing the music for #Saaho here’s wishing #Prabhas @Sujeetsign #Vamsi #Pramod #Shyam all the luck for the film :)

In earlier reports, we have mentioned that it is difficult for Saaho to maintain its deadline. It is an action packed film that boasts of some high end adrenaline pumping action sequences. Hence, the film is heavy on VFX. Considering these, we heard that a lot of work is pending when it comes to post production. So, the makers, it is being said, are re-evaluating the release date which is August 15.

However, in the recently released poster, that was launched a day ago, the makers have apparently asserted that the film will indeed release on the said date, which is on India’s Independence Day.

Marking the debut of Prabhas in Bollywood and Shraddha Kapoor in the South film industry, Saaho also stars Jackie Shroff, Mandira Bedi, Neil Nitin Mukesh, Mahesh Manjrekar in prominent roles. Directed by Sujeeth, the film is the next release of Prabhas after Baahubali.