We all know how Vicky Donor marked the debut of one of the most celebrated B-town stars currently – Ayushmann Khurrana. But the film also garnered attention for its unique subject which was that of sperm donation. It is a rare topic that has been explored in Indian cinema and now South is looking forward to develop the trend. This around, the Ayushmann, Yami Gautam film will be getting a Tamil remake and it will have Harish Kalyan as its leading man. What more? It has been reportedly titled Dharala Prabhu. 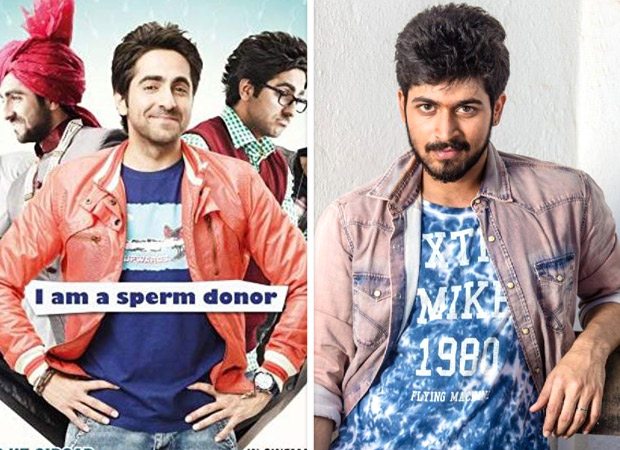 If reports are to be believed, the makers are indeed very keen on having Dharala Prabhu as the title but an official announcement is awaited.  While the Bollywood version was directed by Shoojit Sircar, the Tamil version will be made by Krishna Marimuthu who made his directorial debut with Telugu film Yuddham Sharanam. Details of who will play Yami Gautam and when the shooting would commence etc. are yet to be finalized.

Coming to Vicky Donor, the film features a jobless yet happy go lucky character Vicky Arora who is discovered by a fertility doctor. The latter offers him money in return for his sperms and soon Vicky, who allegedly belongs to ‘pure Aryan race’, soon starts becoming wealthy, courtesy his sperm-donation. But there is just one catch. No one knows about his money-making business. He soon falls in love with banker Ashima Roy and even gets married but when skeletons start tumbling out of the closet, Vicky is faced with tough life choices.

The film, besides sperm donation, also treads into infertility issues and cultural diversity too. It opened to a huge response and remains to be one of the cult comedies in Bollywood.