Director Nagashekar has roped in Tamannaah Bhatia and Satya Dev (Satyadev Kancharana) as the lead protagonists of his untitled next, the highly awaited Telugu remake of critically acclaimed Kannada film Love Mocktail. The reprised version will be produced by Bhavana Ravi and Nagashekar Movies and will feature music composed by the son of legendary music composer MM Keeravani, Kala Bhairava, and cinematography by Satya Hegde. If the pandemic abates, the film will go on floors in mid-September and will be shot in Vizag and Hyderabad. 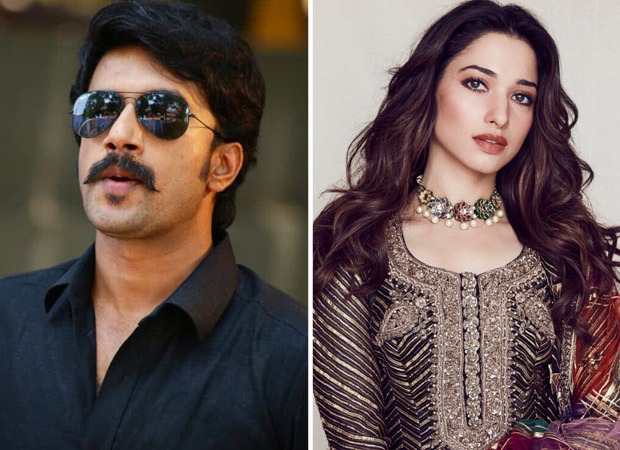 The remake spanning 2.15 hours will be as soulful and refreshing like its’ original counterpart. It will entail relatable content and heart-warming scenes to keep audiences engaged within the narrative. Love Mocktail is a Kannada-language romantic drama film directed by Krishna in his directorial debut, and produced by Krishna and Milana Nagaraj. The plot of the film traverses across two decades, tracing the love stories in the life of the protagonist, through a conversation-based journey highlighting diverse experiences before a soulmate connection manifests. The film which released in January of this year has created characters that have become household names through the lockdown and the songs have also topped the charts consistency. Recently Krishna has revealed that he would be directing the sequel Love Mocktail 2.

Nagashekar states, “This film marks my debut in Telugu cinema after a successful run of 6 movies in Kannada and 2 movies in Tamil. We have retained the soul of the narrative but we will be refashioning the plot to suit the Telugu audience sensibilities! It’s an honour to be working alongside Tamannaah and Satya Dev.”

Tamannaah Bhatia states, “It’s a privilege to be cherry-picked for a project that most Telugu producers and directors were keen to reproduce. Satya Dev is such a promising next age talent and I’m looking forward to creating on-screen magic with him. Love Mocktail is not a story that has never been seen before. The film relates to me since the film brings together the bittersweet ingredients of life that represents the new urban trend. But it is this familiarity in the narrative that makes it seem so affable. Besides I’m a huge fan of romance and nostalgia. There are limited characters in the film and it thrives on the actors’ capabilities which is very appealing to me.”

Satya Dev states, “I extremely happy to be a part of a pure love story for the first time in my career and in a role which is extremely layered. The film's story has elements that can resonate with everyone and I’m certain that it will take everyone on a trip down the memory lane. Also, this is the first time that I would be working with an actress of Tamannaah’s repute. Been a fan of her work I’m delighted to share screen space with her and Nagashekar is a proven name in Kannada industry and he brought with him a sense of freshness to the script which makes it more charming. Looking forward for this love story.”

Tamannaah Bhatia has a string of interesting projects on her platter from Sampath Nandi’s sports drama, Seetimaar, to romantic Bollywood drama, Bole Chudiyan, opposite Nawazuddin Siddiqui as well as her Tamil web debut, The November Story

Satya Dev will next be seen as part of Uma Maheswara Ugra Roopasya, an upcoming film from the makers of Baahubali. Satyadev is doing four other films, including Skylab with Nitya Menen and Rahul Ramakrishna, being directed by newcomer Vishwak. Another project produced by the writer of Oh Baby, Lakshmi Bhupala, will be directed by Sanjeev Reddy who earlier made ABCD.