While many stars in the past have spoken about their social media accounts being hacked, the latest victim to fall to prey this kind of prank is Samantha Ruth Prabhu. The South actress’ Instagram account came into limelight a day ago after her fans started noticing some unusual posts on her handle. However, the issue was taken notice of, after which, her manager Seshanka Binesh took to her social media to clarify on the matter. 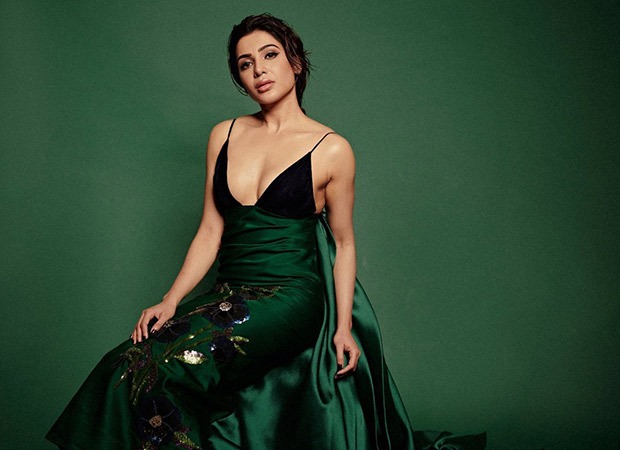 On Monday night, fans noticed some unfamiliar activity on the Instagram page of their favourite actress Samantha Ruth Prabhu. They immediately took screenshots and posted across social media, after which it started to go viral. Here’s the post shared by one of the fans where he thinks that the actress account was being hacked.

Needless to say, soon the manager Seshanka Binesh took to Instagram addressing the hack and assured fans that it has been retrieved. In the statement issued by her on her Instagram story, she reasoned that the hacking was a technical error. His statement read, “Due to a technical glitch, a post on Instagram got erroneously cross-posted on Samantha’s account. We are working on the case and shall escalate the same with team Instagram. Apologies for any confusion cased on the same." 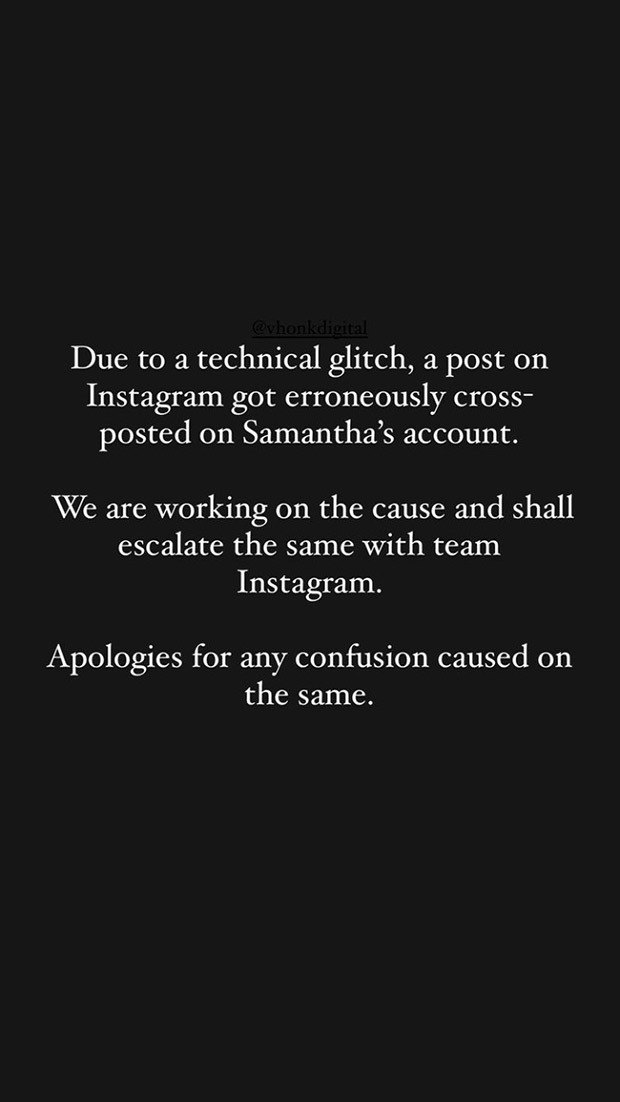 The current Instagram account of Samantha Ruth Prabhu seems to have returned to normal as the actress has been posting some on the sets and behind the scenes from her film 2019 fantasy comedy Oh! Baby.

Samantha Ruth Prabhu will soon be making her couch debut on Koffee With Karan 7 along with Akshay Kumar. A small glimpse of the episode that was released recently in the promo has already gone viral where the actress comments on marriage calling it ‘KGF and not K3G’. Some fans of her ex husband Naga Chaitanya believe it was a dig on the Telugu star. On the work front, reports suggest that she will be making a Bollywood debut soon alongside Ayushmann Khurrana.