Sandeep Vanga recently fuelled up a major controversy after his statements from an interview over Kabir Singh success went viral. While many actors called out his misogynistic statements, amongst them was Samantha Akkineni. The actress, who is currently ruling the Tollywood box office with Oh Baby, found some of the statements to be very disturbing. While she came out to voice her opinion, the actress, on the other hand, faced the wrath of Vanga supporters who drew comparisons to her slap scene in Rangasthalam. 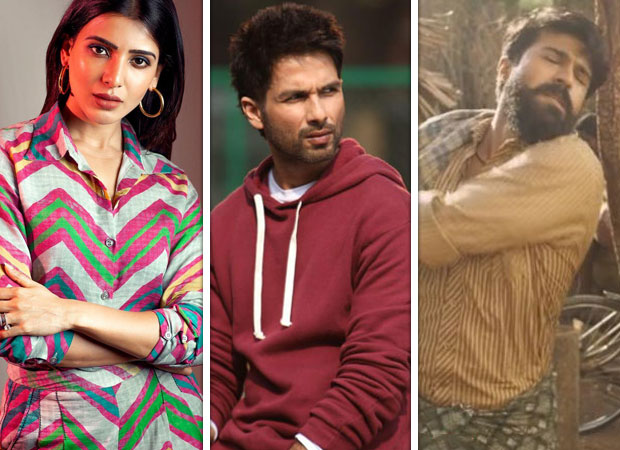 Coming to the controversy, Sandeep Vanga mentioned in his statement that if one doesn’t have the liberty to slap one another in a relationship, there is no love at all. The statement was made with reference to the backlash that Kabir Singh received for a scene where Shahid Kapoor slaps Kiara Advani in the film. When Samantha Akkineni came across these, she took to Instagram to share this story and called it ‘deeply disturbing’.  Like many others, the actress too felt that the statement wasn’t made on a positive note.

On the other hand, some social media users came out in support of the Kabir Singh filmmaker and started a campaign called We Support Sandeep Reddy Vanga . The supporters have compared the scene in Kabir Singh to a scene in Rangasthalam. The film features Ram Charan as the husband who slaps his wife played by Samantha Akkineni in one of the scenes. Many social media users called out to Samantha as they felt that it was double standards. Besides that, they also compared the scene to some of her other films, where they felt that the actress portrayed a rather regressive role.

Nobody can give perfect reply to samantha other than sukumar...#WeSupportSandeepReddyVanga pic.twitter.com/gvquSMYkh8

In this scene RamCharan slaps Samantha out of liberty and love. But there were no questions asked to the director by the same actress who now says she is deeply disturbed bcz of @imvangasandeep words regarding the same context of slapping#WeSupportSandeepReddyVanga #KabirSingh pic.twitter.com/YX3sUAwq2V

If you are a gutsy women go and ask the actor or the film maker for an explanation.. fyi.. this is also a love scene ventane smooch scene. Samantha meeku ee cinema chupinchaleda? #WeSupportSandeepReddyVanga pic.twitter.com/fHnLCd1y4Q

Also Read: OH! BABY: Makers dedicate a 50 feet cut out poster for Samantha Akkineni and here’s how the actress reacted to it