The Telugu remake of the South Korean comedy drama Miss Granny, Oh Baby hit the theatres last week and needless to say, the weekend has had Samantha Akkineni ruling the box office. The film is produced by Suresh Babu, father of Rana Daggubati and the latter too has been supporting his father for the same. Recently, Rana Daggubati was seen enjoying the success of the film wherein he also mentioned that there are talks of making it in Hindi. 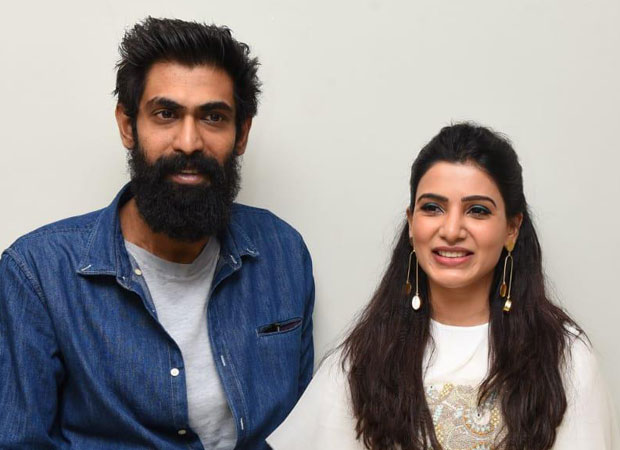 The much talked about Telugu fantasy film Oh Baby is a film with its heart in the right place. Owing to the positive response at the box office, a success meet was held in Hyderabad over the weekend for the same. During the same, Rana Daggubati spoke about the Oh Baby remake, “Clearly it’s a story that travels. It a story originally written in Korean and adapted into many many languages in the world. And definitely will look at a making it soon in Hindi.”

Oh Baby is quite simple and interesting it is based on a granny who ends up being a 25-year-old girl again. How things change when she becomes young and attractive again is the main plot of the story. The movie featuring Samantha in the lead role is doing very well at the box office. With Samantha Akkineni in the lead role, the film also stars Naga Shaurya, Lakshmi, Rajendra Prasad. The film is produced by D. Suresh Babu, Sunitha Tati, T.G.Vishwa Prasad, Hyunwoo Thomas Kim on Suresh Productions, People's Media Factory Guru Films, Kross Pictures banners and directed by B. V. Nandini Reddy.

Also Read: Oh! Baby: Samantha Akkineni and Naga Chaitanya have the CUTEST chat on Twitter over this trailer