Last Updated 27.09.2022 | 8:04 PM IST
feedback language
follow us on
Bollywood Hungama » News » South Cinema » Saaho: Makers of the film confirm the release date of the TEASER of the Prabhas, Shraddha Kapoor starrer and it is this WEEK!

The makers of the Prabhas starrer Saaho dropped the first poster of Shraddha Kapoor fully loaded with action and intensity where the actress looks fierce in the recent outing of the film, holding a gun. Along with that, they also revealed an important information about Saaho teaser. 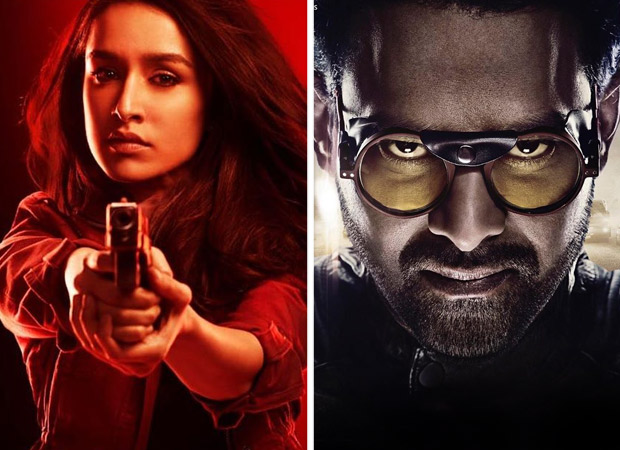 Saaho: Makers of the film confirm the release date of the TEASER of the Prabhas, Shraddha Kapoor starrer and it is this WEEK!

Ahead of the teaser, the makers dropped the first poster of Shraddha Kapoor to pique the excitement among the audience. Sharing the poster on the official social media handle, the makers posted, "The big revelation about the year's biggest action thriller from India. Enter the world of SAAHO with the Teaser on 13th June. Experience it in theatres from 14th June! #SaahoTeaser #15AugWithSaaho #Prabhas @ShraddhaKapoor @sujeethsign @UV_Creation @itsBhushanKumar @TSeries".

The teaser is out on June 13th! #SAAHO #15thAugWithSaaho @actorprabhas @sujeethsign ❤️????

Saaho, one of the most anticipated films, starring Prabhas, an actor who enjoys pan India appeal. Paired alongside Bollywood actress Shraddha Kapoor, the movie is being shot in three languages; Hindi, Tamil and Telugu, simultaneously. It also has an extensive cast from Bollywood and South which includes Jackie Shroff, Neil Nitin Mukesh, Mandira Bedi, Chunky Panday, Mahesh Manjrekar, Arun Vijay, Murali Sharma, amongst others.

While earlier it was confirmed that the film will release in August, there were reports that the same might be delayed. Fans are eagerly awaiting the makers to announce the release date of this adrenaline packed drama. Saaho is a high octane action thriller which is presented by T-Series, produced by UV Creations and directed by Sujeeth and is set to hit the theatres on August 15, 2019.