Incontestably, Vijay Deverakonda is the biggest Telugu star of the post-Mahesh Babu era. His audacious re-definition of the screen hero and his staggering fan following compounded by an uncanny marketing savvy, have taken Vijay’s popularity from Andhra to other parts of India even without a single Hindi release! As his new film World Famous Lover opens this week here are 5 roles that define VD’s superstardom. 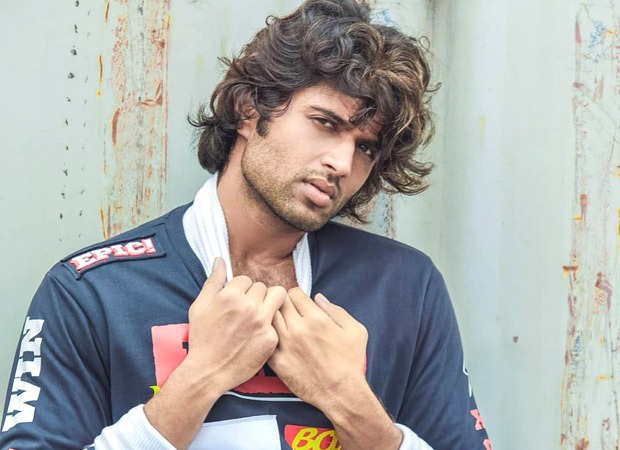 1. Pelli Choopulu (2016): Even before Arjun Reddy, in his very first starring role Vijay rocked it as a lover boy who wants to be a chef. The film’s keenly balanced narrative swung from romance to food without missing a beat. Vijay gave a thoughtful, unorthodox performance that made ample space for the character to grow as the narrative progressed. If you feel Vijay’s career began with Arjun Reddy them go back to this appetizer.

2. Arjun Reddy (2017): What can be said about a film that has in many ways, re-defined the boundaries of not just Telugu cinema but also regional cinema per se? Regional remained no longer regional, as Vijay took on the role of a headstrong thoroughly unpleasant doped-out doc with serious commitment issues. Hate him or hate him (no one could love this despicable dude) Vijay stood fearlessly tall at the centre of the storm. His performance remains far ahead of what Shahid Kapoor did in the Hindi remake. As for the Tamil remake, let’s not even go there.

3. Geetha Govindam (2018): This is a surprisingly low-key libido-teaser. It whips up a frothy fun ambience through a chance encounter between a virginal college lecturer and a rather stiff upper-lipped Miss Hoity-toity. That the two roles are played by Vijay Deverakonda and Rashmika Mandanna is a dash of destiny doing its devilish bit to add spice to this honeyed though never over-sweetened confection of love during times of wedding festivities and carnal urges. This is the world of Sooraj Barjatya tinged with a touch of tender eroticism and defined by a bustling state of constant anxiety about the mating game. And who better equipped to project the exacerbated anxieties of sexual discontent than Vijay Deverakonda? Doing a fulsome 360-degree about-turn from his role as the self-consumed destructive alcoholic-junkie in Arjun Reddy, Deverakonda is absolutely at home playing a man bewildered by the circumstances that suddenly appear to control his life and libido. The Superstar brings a refreshing candour to the romance. Simultaneously flustered and in-control, he is the Urban Nomad looking for a place to pitch his heated tent. Besides the very likeable leading man, what I really like about Geetha Govinda is its feisty take on gender equations that are played out in this film in a spirit of puckish irony.

4. Taxiwaala (2018): There is durability in fluidity. Vijay proved it again. Taxiwaala is a breezy blizzard of easy scares and languorous laughter. This mix was a hit in the Hindi film Stree. It is attempted successfully again, bringing to the fused genre a kind of buoyant eeriness that makes ghosts and spirits non-threatening but not glib or over-casual. You may not be frightened by the spirit of the proceedings. But the scares are never scarce. The pace is maintained all through. Taxiwaala is all about Deverakonda's love for his taxi. The two are as romantically involved as Jimi Hendrix and his guitar. There are scenes of spiked hilarity where the actor speaks directly to his car, as though it were a particularly bothersome girlfriend whom he acquired without checking her Adhaar card. Nemesis is just a joyride in this feel-good horror-comedy where Stephen King meets David Dhawan and they both head to see Stree.

5. World Famous Lover (2020): Vijay’s previous release Dear Comrade under-performed at the box office. But that was purely because the expectations this Superstar has generated go way beyond the routine. This time in World Famous Lover, Deverakonda will take on four very diverse leading ladies indulging in a very unusual game of courtship. This Valentine’s Day, Vijay will take on Kartik Aryan and Love Aaj Kal. The language of love is universal. May the best lover win.

Also Read: Vijay Deverakonda to speak his own Hindi lines in Liger