Telugu actors Vijay Deverakonda and Rashmika Mandanna, who have starred together in the film Dear Comrade, were photographed together outside a Mumbai restaurant on March 24. Both the actor are in Mumbai shooting their films respectively in the city. Taking some time off their busy schedules, the two of them met for dinner at a restaurant in Bandra. 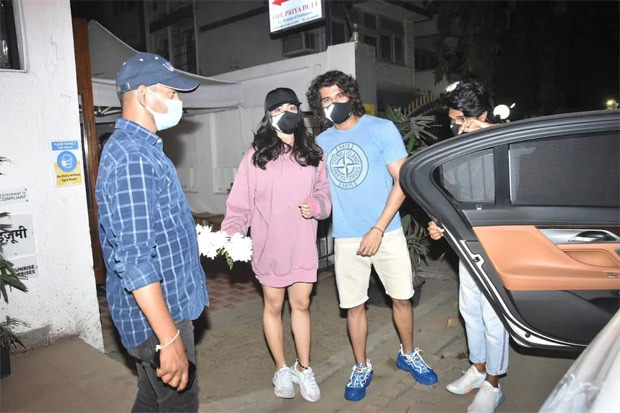 Both the actors were dressed casually. The actor was wearing a blue tee with shorts whereas Rashmika wore a pink hoodie dress with a black cap. They were wearing masks owing to the pandemic. The actress had bunch of flowers in her hand.

Vijay Deverakonda is shooting for Liger which is being directed by Puri Jaganadh. The actor stars opposite Ananya Panday. The film is being co-produced by Puri, Karan Johar and Charmme Kaur. It will release on September 9 in five languages.

Rashika Mandanna is gearing up for her Bollywood debut with Mission Majnu starring alongside Sidharth Malhotra.