Anushka Sharma’s character in Zero was some sort of a mystery because neither the actor nor the makers revealed anything about it. It was only yesterday that the makers showed a glimpse of her character after they released the poster featuring Shah Rukh Khan and Anushka. The image was enough to start all conjectures about her character because Anushka is shown sitting on a wheelchair. While it is evident that she is specially abled in the film, we realised why SRK was fiercely protecting her look in the film. Till date, not one image of Anushka was revealed to people and looks like SRK kept the trump card up his sleeves. Extra security was also hired on the sets to protect her look and no mobiles were allowed when she shot the film. 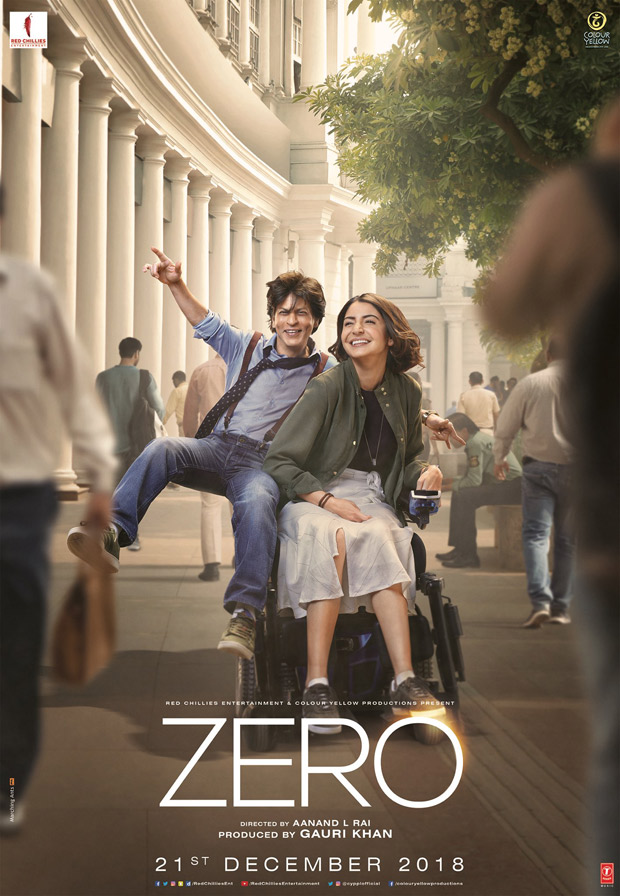 We also learnt that Anushka plays a fun, spunky scientist who deals with a physical handicap and refuses to get bogged down by it. Her lively character definitely has a very special relationship with SRK’s character Bauua Singh, given their proximity as shown in the first poster. We can’t wait to find out more about their sweet relationship when the trailer releases today.