Bollywood's Badshah Shah Rukh Khan has turned 53 and is all set and raring to go at the box office with Aanand L Rai's Zero. SRK is damn excited with his latest offering and has been neck deep busy on post production work of the film. However, his birthday eve was special as his fans from all over the country came to wish him at his doorstep. But first, he cut a birthday cake with wife and fed her a peice before joining his kids and fans! He also wrote a sweet caption for the collage of pictures from last night. Check it out here: 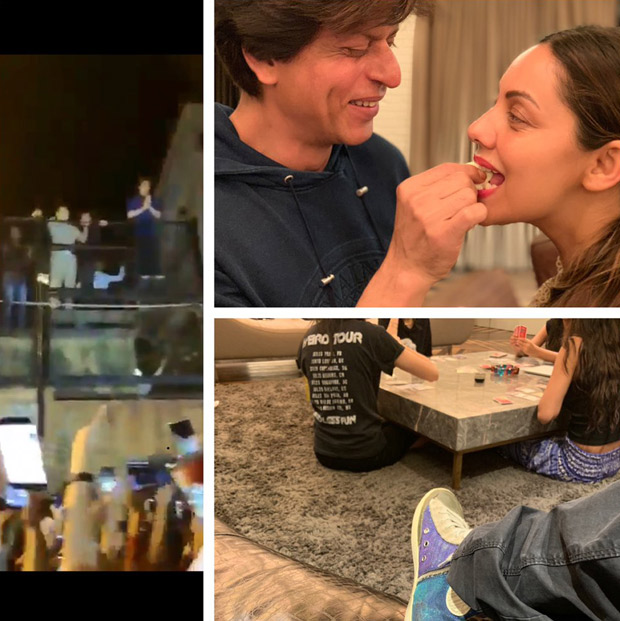 Fed cake to wife...Met my family of fans outside Mannat...now playing Mono Deal with my lil girl gang! Having a Happy Birthday. Thank u all...for this amazing love.

Teaser of his film Zero is set to release today and it is indeed a treat to all his fans. The makers released two posters of the movie with Anushka and Katrina which give us insight into their characters. Katrina will be seen playing a diva while Anushka is playing a scientist in the movie.

Makers are leaving no stone unturned to make sure that a Meerut like setting is created at the trailer launch in the city today so that one gets a feel of the movie!

Post Zero, SRK will be seen in the Rakesh Sharma biopic.