Actor Sushant Singh Rajput’s untimely passing has left everyone in shock. The actor, known for his performances in Kai Po Che, MS Dhoni – The Untold Story, Kedarnath, PK, Chhichhore, has been receiving tributes from all across. Writer Kanika Dhillon, who co-wrote Kedarnath script, remembered him in an endearing post and recalled how she was surprised with his dedication towards his craft. 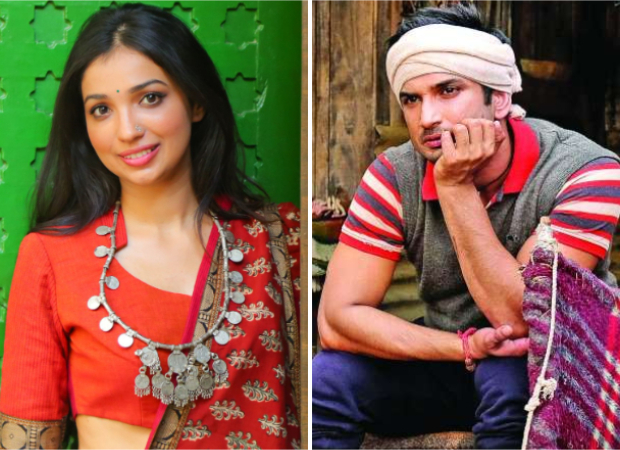 In a long letter, Kanika revealed how he had added notes to a 100-page script then had swollen into a 300-page novel. “I noticed that my 100 page script of Kedarnath- had swollen into a 300 page novel as I saw Sushant carrying it ... I asked him 'what have u done? Added scenes to it?' He smiled earnestly and simply said— I made my notes and attached them .... I read scenes every day and find a new meaning - a new take and I add it to the page..... I'd never seen such dedication or method applied to this craft before. All actors have their ways that work for them- but sheer hardwork and relentless focus.... was his... I felt acutely aware of every word I wrote in that script... cos I was aware Sushant would be reading it over and over and toiling over it to bring forth the best interpretation of the written word effortlessly,” she wrote on Instagram.

“Despite being in a conflicted complicated reality we all live in... He made Mansoor pure... like the snow capped hills of Kedarnath... Mansoor who felt every word of the nazm he loved 'lagja gale ke phir yeh hasi raat ho na ho... shayad iss janam mein mulakat ho na ho....'
I make sense of you going away just like Mansoor did- Mansoor who left us all- too soon- with a disarming smile- with an unfinished love story.... that somehow was complete in his head.... and so did you,” she continued.

Kanika signed off by saying that Sushant will always be celebrated. “You will be missed. You will be celebrated ... the stars in the night sky make us all dream... and now you are one of them! Keep shining.. keep twinkling...and May your soul rest in peace,” she wrote.

Sushant Singh Rajput passed away on June 14. The actor was 34 years old and died of suicide.