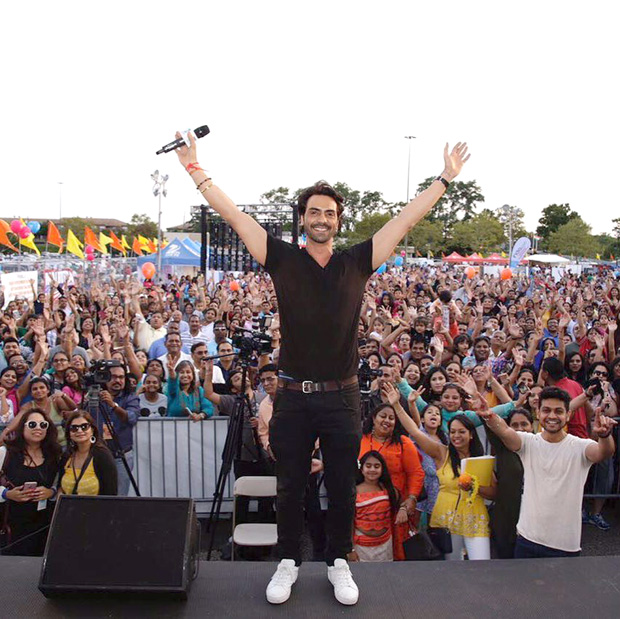 The festival of Ganesh Chaturthi is going on in full swing everywhere. Arjun Rampal, whose film Daddy is about to release, has a special Ganpati song as well called ‘Aala Re Aala Ganesha’. It’s no wonder that this song was unveiled just before the Ganesh Chaturthi festival for promotional purposes.

Arjun Rampal then also visited a Ganesh pandal to promote Daddy. But instead of going to a pandal in Mumbai, he flew overseas. He attended a celebration program in New York which was a recreation of Mumbai’s Lalbaugcha Raja pandal. The actor paid his respects to Lord Ganesha, interacted with fans and even danced to ‘Aala Re Aala Ganesha’. The actor then posted a picture on his social media accounts from the celebration. Arjun Rampal can be seen on a stage posing happily with both his opens. Behind him, one can see thousands of people who also pose happily for the picture. It seemed like a huge celebration and was completely sold out.

Daddy is the real life story of gangster-turned-politician Arun Gawli. It is directed by Ashim Ahluwalia and is all set to release on September 8.