Last Updated 28.11.2021 | 10:45 AM IST
feedback language
follow us on
Bollywood Hungama » News » Bollywood Features News » “When I am working, there are no sisters, husbands, nothing matters,” says Salman Khan on working with brother-in-law Aayush Sharma

Superstar Salman Khan is gearing up for the release of his much-anticipated cop drama film Antim: The Final Truth. The film is helmed by ace filmmaker Mahesh Manjrekar and stars his brother-in-law Aayush Sharma as the antagonist. Recently, in an interaction with the media ahead of the film's release the actor spoke about working with his brother Aayush. He also talked about how did Aayush got trained under actor Tiger Shroff and his personal trainer for the film. 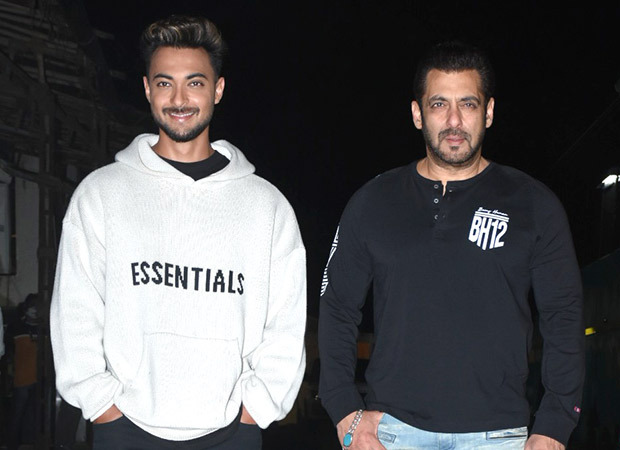 Talking about Aayush Salman said, “Everyone is saying this is Aayush's film. Aayush is in the film, but 'picture Paji ki hi hai' (the film belongs to the sardar).” Salman khan also revealed how Aayush trained with Tiger Shroff and his personal trainer Rajendra Dhole to get the impressive chiselled physique. He revealed, “They get along fine. They sometimes use the same gym. Aayush and Tiger keep on exchanging notes and stuff. They are close.”

Lastly, he talked about the experience of working with his brother-in-law and the equation they share on the sets. He said, “When I am working, there are no sisters, husbands, nothing matters.”

ALSO READ:“Mahesh Manjarekar shot even through his cancer treatment, and he is also a damn good cook,” says Salman Khan about Antim director Mahesh Manjrekar