Last Updated 30.11.2021 | 5:17 PM IST
feedback language
follow us on
Bollywood Hungama » News » Bollywood Features News » Bigg Boss 15: “My relationship with Karan Kundrra is not so weak that it would break because someone comes inside the house and shares information with me,” says Umar Riaz

Bigg Boss 15 has been offering high voltage entertainment with the housemates playing the game and maintaining their relationships at the same time. The season has witnessed a lot of great friendships taking place in the show and one among them is Umar Riaz and Karan Kundrra. 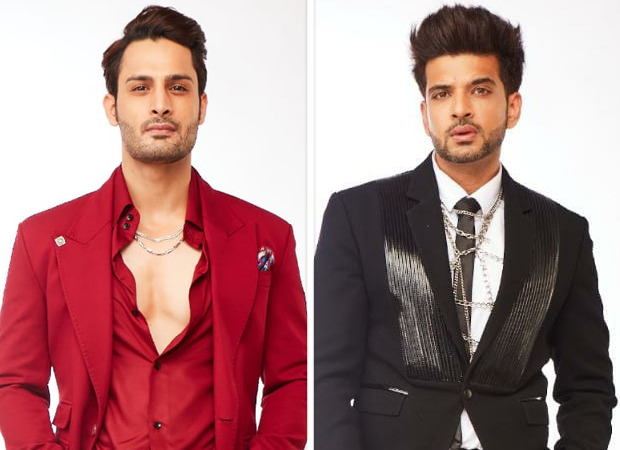 Recently, Bigg Boss 15 house hosted a press conference for the contestants in which journalists from various publications grilled the contestants with their questions. The media asked Umar if he is scared of losing his friendship with Karan after the latter called him a 'Gadha' and said that he should be treated like a donkey in front of Shamita Shetty.

To which Umar gave a reply that won many hearts and respect. Umar said that, "Karan se dosti tootne ka darr nahi hai, mujhe pasand hai Karan (I don't have the fear of losing friendship with Karan, I genuinely like him). But if Karan says these things, I won't accept it. I am someone who won't tolerate these things and friendship, love doesn't matter to him, when such a thing happens. At the same time, I am not one of those who hear something from someone and decide to break ties with a friend. I will definitely have a chat with him about it. My relationship with him is not so weak that it would break because someone comes inside the house and shares information with me which he said."

Later after the press round was over, both Karan and Umar sat together to clear and sort out the things.  Realizing his mistake, Karan apologised to Umar and said, "Main haant jodd ke maafi maangta hoon, par mera woh intention nahi tha. Jab bhi hum bahar jaayenge ikhhate baith ke show dekhenge" (I apologise with folded hands, but that was not my intention. Whenever we'll go outside the house we'll sit together and see the show). Umar accepted his apology and at the same time made Karan understand how he would feel if he had made such a comment against him in front of Pratik Sehajpal.

ALSO READ:Bigg Boss 15: A shocking eviction set to happen on the show; Top 5 contestants to decide the fate of bottom 6 contestants