Angrezi Medium will mark the return of the much talked about Irrfan Khan, who has been on a break owing to his treatment. Now that the actor has returned to Bollywood, his next which is a sequel to his sleeper hit film Hindi Medium has already gone on floor in Rajasthan. While we keep getting glimpses of the on the sets happening, here’s yet another interesting sneak peek into what Irrfan is up to! The actor was snapped while playing cricket. 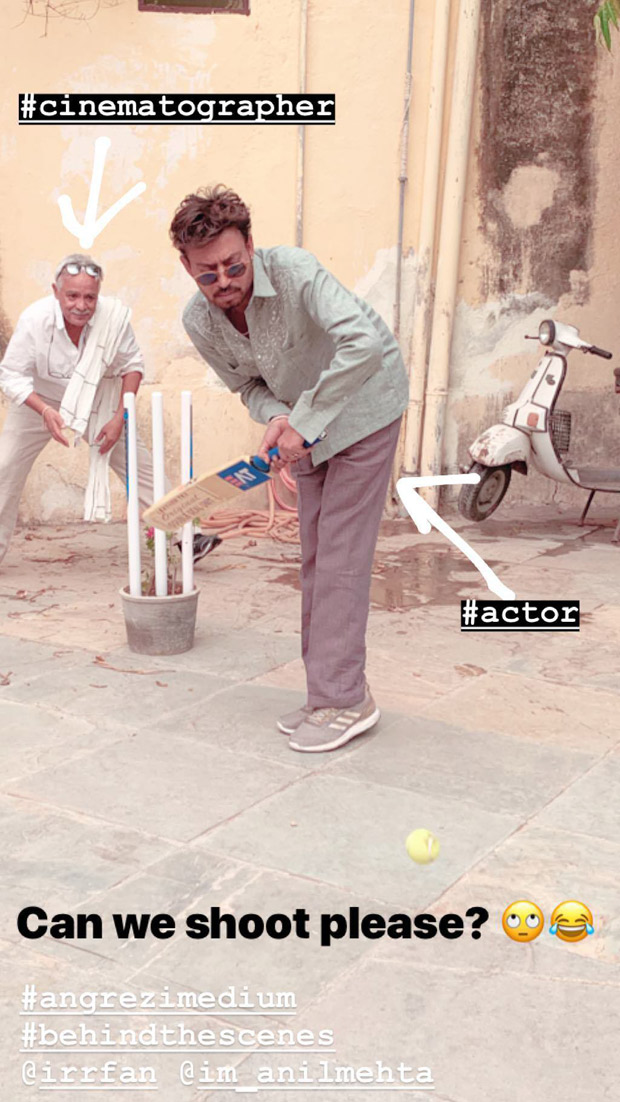 Director of the film, Homi Adajania took to Instagram to share this photo of Irrfan Khan enjoying a game of cricket in between the shoot as his latest story. In fact, the filmmaker even had a caption for it wherein he said, “Can we shoot please?” It seems that not just the actor but the team including the cinematographer decided to take a break and play the game amidst the shoot of the film.

Not too long ago, Homi Adajania had revealed the first look of Irrfan Khan from the sets of Angrezi Medium wherein he mentioned that he will be seen in the role of Champakji who is a mithaiwala. While Radhika Madan plays the role of his daughter, Kareena Kapoor Khan too has joined the star cast. The actress is expected to join the team during their shoot schedule in London.

The film’s prequel Hindi Medium featured Irrfan Khan, Saba Qamar in lead roles with child artist Dishita Sehgal playing their kid. It revolved around the wealthy parents attempting to get an admission in a high profile English medium school for their daughter. On the other hand, Angrezi Medium is expected to be a completely different story with also different characters. Produced by Dinesh Vijan, the film is expected to release some time next year.