Sonakshi Sinha has resumed working on one of her most favourite characters, Rajjo, of the super hit Dabangg franchise. Sonakshi is all set and raring to go to come back to us with this unforgettable on screen role which made her a household name amongst the masses. Dabangg 3 shoot is currently underway in Maheshwar, Madhya Pradesh and she is set to play Salman Khan’s beloved in the cop caper. While she cannot stop speaking about how the movie changed everything for her and how she is continually indebted to Salman who gave her a break with Dabangg, she revealed an interesting detail about her superstar co-star which she had not revealed before. 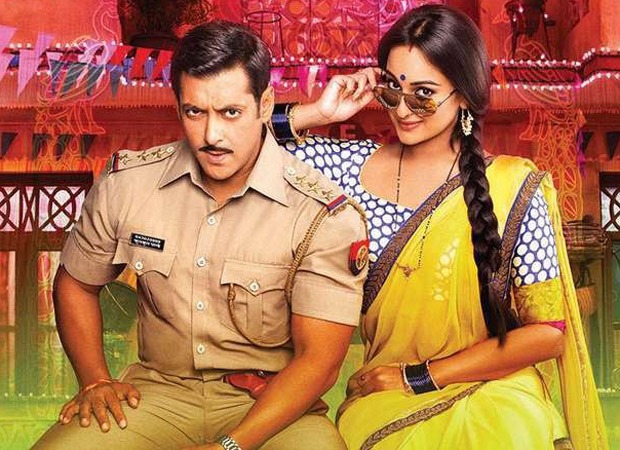 She said that before Dabangg, she was NOT a Salman Khan fan but only after the movie was she actually impressed. Now, that is surprising isn’t it?

Sonakshi said that before Dabangg, she always knew Salman as a family friend but did not see him as a star but after working with him on Dabangg she realized Salman’s mass appeal and was instantly charmed by the same. She also revealed that Rajjo in Dabangg 3 is also very sprightly and out spoken but she has a sort of double role in the flick. Since even Chulbul Pandey’s character moves back and forth in the narrative, we will get to see two Rajjos.

Along with Dabangg 3, Sona will be seen in Kalank. She is playing Aditya Roy Kapur’s wife who is shown silent and strong. It is a departure from her earlier roles and she is therefore very psyched about this role.