Rajkummar Rao has time and again proven that he is a one brilliant actor. The actor, who is currently promoting Fanney Khan, has another release later this month which is a horror comedy Stree starring Shraddha Kapoor in the lead. The trailer looks pretty intriguing. 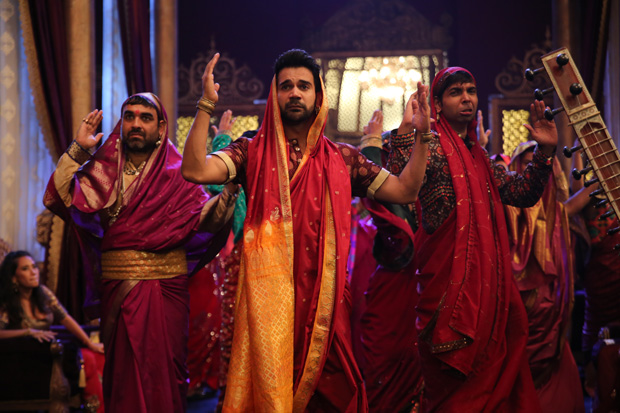 Here is the first look of the song 'Milegi Milegi' from Dinesh Vijan's horror comedy Stree. The promotional song will have Rajkummar Rao and Shraddha Kapoor shake a leg on the peppy dance number. Rajkummar Rao, who has got rare chances to dance on-screen so far, shares, "I love dancing, so whenever I get an opportunity. I totally go for it. I am proud of the way it has shaped up."

The song will be launched digitally tomorrow. Stree is a first of its kind horror comedy, inspired from a true phenomenon. The film is set in a town called Chanderi, where men have started disappearing mysteriously. Is 'Stree' taking them away? Who is she and what does she want?

Dinesh Vijan presents Stree, a Maddock Films production in association with D2r films and Jio Studios. The horror comedy has been directed by Amar Kaushik and is set to release on 31st August 2018.

The star cast and crew of Angrezi Medium…