Just like many other actresses including Priyanka Chopra, British-born Bollywood actress took the Hollywood route last year. The actress made her TV debut in CW’s sci-fi series, Supergirl. The actress made her first appearance in November 2017 as Saturn Girl in Melissa Benoist starrer. While the show is all set to return this week after months of hiatus, Amy Jackson is enjoying the coolest summer in California. The actress, along with her friends, headed to the on-going Coachella to enjoy the summer festival in full style. 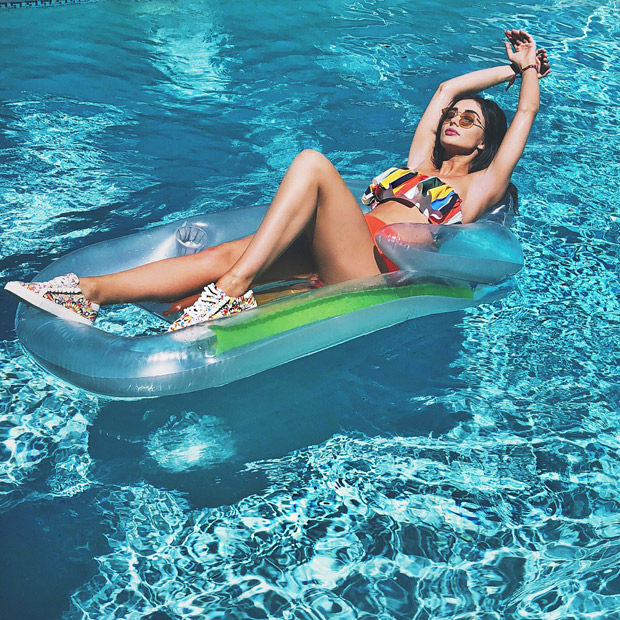 Just a day ago, Amy Jackson was sunbathing in Palm Springs in California. Enjoying the summer, Amy flaunted her perfect figure in a printed bikini by the pool. Sporting the coolest Polaroid eyewear with sneakers and bikini, she was chilling by the pool and getting some tan. She captioned the images, "Easy like Sunday mornin’." 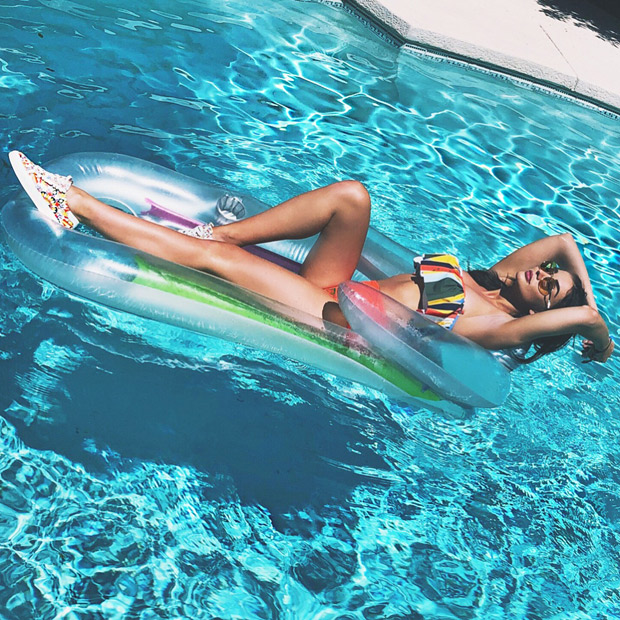 Amy Jackson and a couple of friends went to Coachella this year to see some of the amazing performances. The lineup of this year included historic headliner Beyonce, Eminem, Dr Dre, Kendrick Lamar, Chance the Rapper, Cardi B, The Weeknd and Jay-Z among others.

Amy Jackson, on the work front, is returning as Saturn Girl on Supergirl, this week. In the comics, Imra Ardeen, aka Saturn Girl is a member of the Legion of Super-Heroes alongside Mon-El in the DC Comics. According to the official character description by CW, Saturn Girl uses her telekinetic ability to help those in need. She was born on Titan, one of Saturn’s moons, and arrives on Earth to help Supergirl battle one of her biggest threats. She was also the first female character to lead a super-team in comic book history. The show airs on Mondays in the US.

Amy Jackson will be next seen in 2.0, the sequel to Robot starring Rajinikanth and Akshay Kumar. It is slated to release later this year.

Also Read: Sleek and sexy: Amy Jackson’s hot photoshoot will get you going this Monday