Every now and then, fashion assumes newer dimensions and airport style is one such engaging element of the celebrity world. The flag bearers of niche style, airport-styles of eminent celebs all over the world are much sought after. These celebs too never miss a chance to rustle up things and astound us with their sound style play by enlisting the styling precision of their go-to fashion stylists. This week, getting their monochrome game on fleek, Deepika Padukone, Alia Bhatt, Sidharth Malhotra, Sonam Kapoor and Kriti Sanon aced airport style meter. For these frequently travelling celebs airport style is serious and they have mastered the knack of swapping those arduous travelling woes and the imminent sluggishness with comfort and functionality. 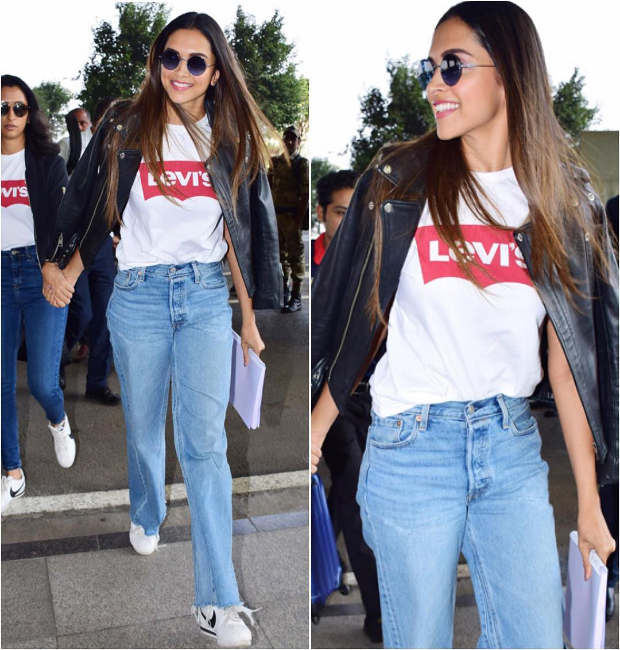 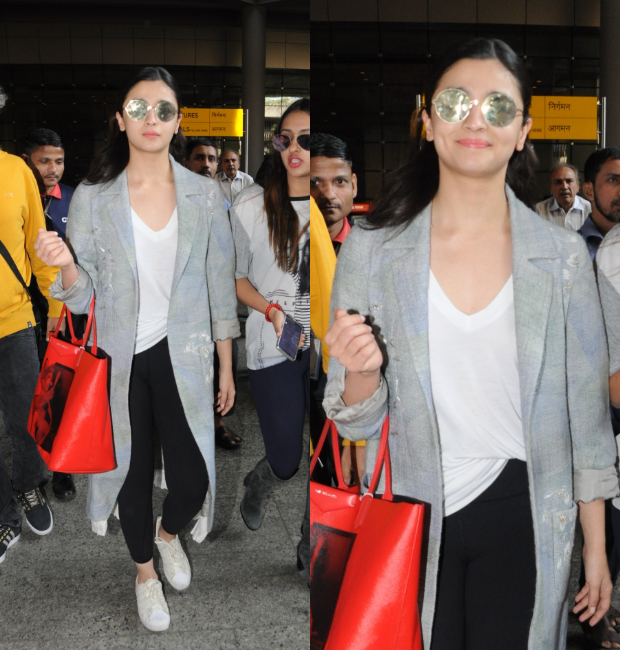 Returning from Jodhpur after attending the wedding festivities of her BFF Kripa Mehta, Alia Bhatt was snapped flaunting a monochrome look of a white shirt knotted at one side, black jeggings, grey shrug and cream coloured sneakers. She broke the monotony of her monochrome look with a bright red tote and reflector shades topping off the look with a tied hairdo and soft pink lips. (Also Read: WATCH: Alia Bhatt grooves at her best friend’s sangeet; tears up during her friend’s performance in Jodhpur) 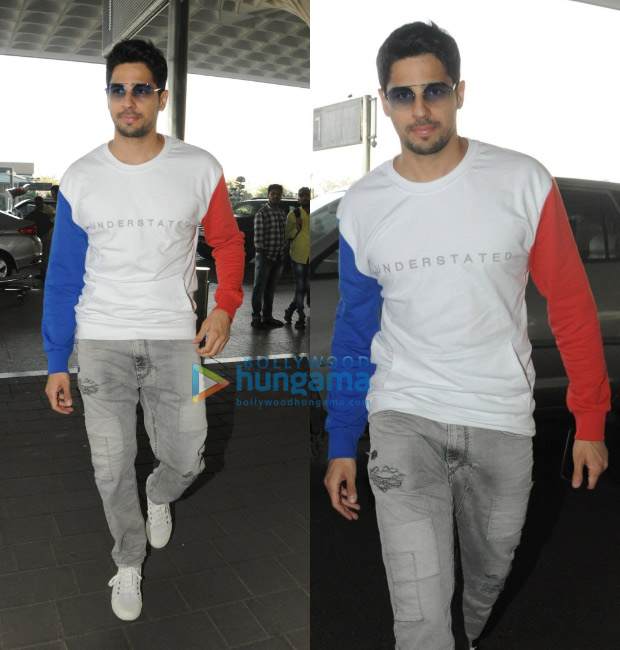 Up and about promoting his upcoming flick, Aiyyary, Sidharth Malhotra who was styled by Nikita Jaisinghani was snapped sporting two travel looks. One look had him sport a Diesel tee with blue and red sleeves breaking the monochrome monotony and teamed with grey denim and white kicks. 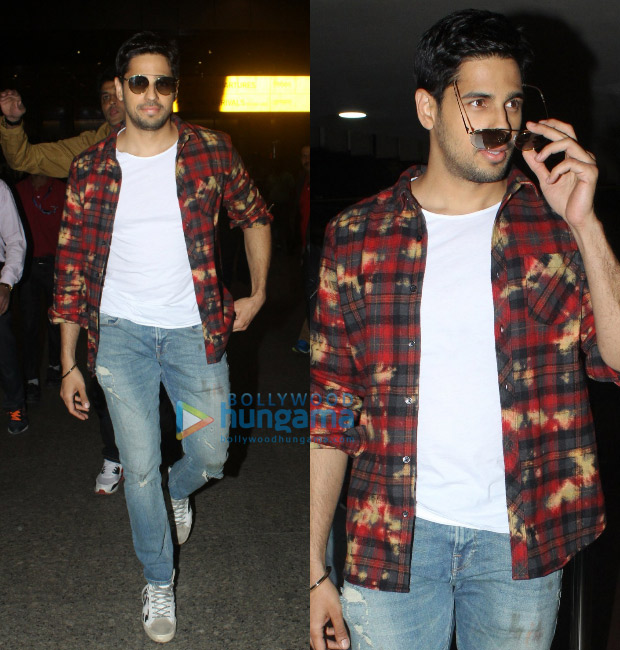 The other look saw him sport a basic white shirt from Koovs with faded denim and add a zing to the look with a printed bomber jacket. (Also Read: Manoj Bajpayee brokers peace for Sidharth Malhotra after Bihar and UP erupt over his comments on Bhojpuri language) 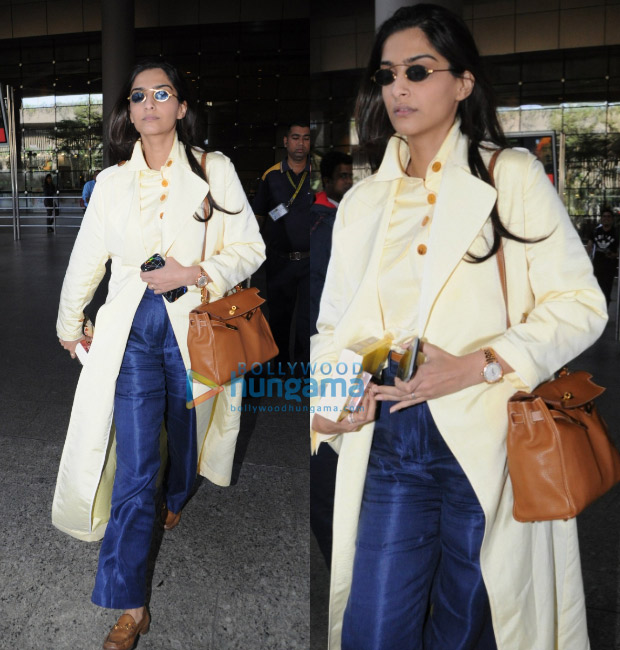 Up and about promoting her upcoming flick, Pad Man Sonam Kapoor was snapped wearing a cream coloured top with a matching long shrug. She added a fine twist with blue wide leg pants and matched her brown loafers with a bucket sling topping off the look with thin-framed shades, sleek hair and minimal makeup. (Also Read: Daily Style Pill: Chic happens when Sonam Kapoor decides to revisit the 70s with an all-red power suit!) 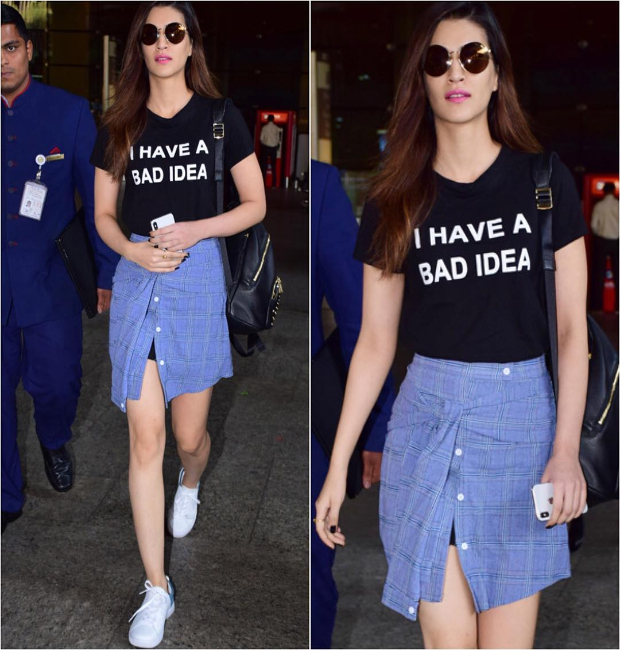 Kriti was styled by Sukriti Grover and snapped in a quirky wordy I have a bad idea black T-shirt dress with a blue custom shirt wrap belt. She teamed it well with white Sketchers sneakers, large shades, a black backpack and pink lips.

While you may not be regular travellers but if you are planning a summer sojourn then you definitely must deliberate on your travel look and here are a few looks to steal from the wardrobe of celebs! For more such updates, stay tuned to Bollywood Hungama Fashion and until then, stay stylish!