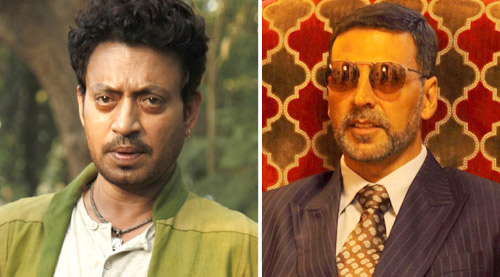 During several interviews, we had Raja Menon, the director of the recent entrant to the 100 crore club Airlift, appreciating the sincerity and honesty that Akshay Kumar has towards his profession. But little did we know that the director would have lost on this opportunity if only he hadn't heard Nikhil Advani's (one of Airlift's producers) advice. Yes, initially Raja Menon was not really keen on signing a superstar like Akshay Kumar.


Akshay Kumar is definitely one of the biggest stars in Bollywood and has a strong commercial hold at the box office, with films like Rowdy Rathore and Holiday having done quite well monetarily. He is also known for his impeccable comic timing. Considering the fact that Akshay Kumar hails from a completely different school of acting, we hear that initially Raja Menon found it difficult to picture the actor playing Ranjit Katyal. Add to that, Raja also believed that he is a huge star and had his doubts about Akshay submitting himself to the role offered to him in the film. Raja initially was of the opinion that a star like Irrfan Khan would probably be a good choice. Irrfan Khan has done offbeat and parallel cinema and even international films. He is known for his intense roles in Bollywood and the role of Ranjit Katyal, as we know, required the emotional, heart wrenching moments yet there was a tinge of pride and relief as he successfully accomplishes an almost impossible mission.


However, Nikhil Advani convinced Akshay Kumar to do the readings and to convince the filmmaker only of the fact that the producers believe in his vision and that they will be on the same page. Amidst several arguments and discussions, Akshay Kumar took about 20 days, a two hour reading session every morning where they spoke about the script and finally there came a point where everyone agreed.


Not only that, Akshay even decided to enter as a producer whilst Nikhil Advani clarified that he could not afford the star value of Akshay Kumar, his other co-producer Vikram Malhotra not only spoke to Akshay but also offered him a raw deal.


Now that we think back, we wonder if anyone else could have ever portrayed Ranjit Katyal the way Akshay Kumar did!