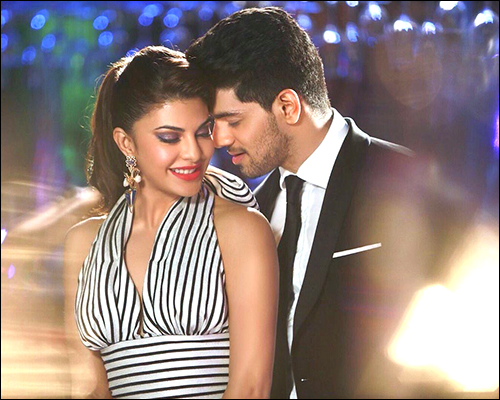 Earlier we had reported Sooraj Pancholi and Jacqueline Fernandez would soon be seen together in a new T-Series music video. While the video titled 'GFBF' is choreographed by Remo D'Souza, Jacqueline had been posting regular updates of the same on her social profiles. Well after the makers released a first look of the two in the video, Sooraj took to twitter posting another picture from the same.


Tweeting the image the actor added, "GFBF teaser ! @Asli_Jacqueline @remodsouza @GurinderSeagal #GFBF #GF #BemyGF". Said to be a peppy romantic track about a guy who tries to woo a girl he's fallen in love with at first sight, Sooraj had in fact rehearsed with the actress and the popular 13.13 dance crew before facing the camera.


Apart from this, Jacqueline also lent her voice for the song that is composed by Gurinder Seagal.