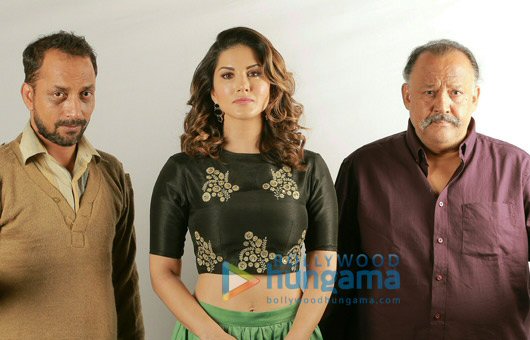 Imagine Sunny Leone sharing screen space with ever so 'sanskari' Alok Nath and the proverbial villain Deepak Dobriya, well this certainly makes for an interesting thought. But we aren't talking about a film; instead we hear that the trio will be coming together for a digital public service advert for a social cause.


Apparently Sunny, Deepak and Alok Nath were recently spotted on sets shooting for the anti-smoking advert, whose plot and story have been strictly kept under wraps. However, we were able to find out from sources that Sunny Leone, for the first time, is playing a Haryanvi, while Deepak is playing a man on his death bed and the 'sanskari' Alok Nath is believed to be a key character causing a twist in the plot.


It is believed to be a comic concept but with a strong message, and with such a quirky combination of a star cast, it is definitely set to go viral. The film is set to come out on the digital platform shortly.