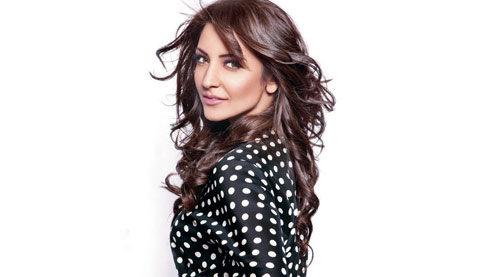 "PK is the greatest work of Raju Hirani," said writer Abhijat Joshi at a press meet in Mumbai yesterday November 20. Hirani who sat next to him, jokingly coaxed him into not making such statements as its best to underplay but Abhijat stuck to his statement and gave reasons for the same. Raju Hirani along with Abhijat Joshi and Anushka Sharma showcased a couple of behind the scenes videos from PK and the music video of Chaar Khadam featuring Sushant Singh Rajput and Anushka.

Chaar Khadam is a soothing romantic melody composed by Shantanu Moitra and written by Swanand Kirkire. Picturised in the pristine locales in Belgium, Sushant and Anushka share crackling intimate chemistry. The styling of both Sushant and Anushka looks pleasantly different from the way they've looked in their past works. The music video will be online soon.

One of the behind the scenes video was especially interesting since we got to see a 19 year old Anushka Sharma doing an audition for 3 idiots (the role that was eventually portrayed by Kareena Kapoor). It was one of the 100s of auditions that Hirani's team had performed and the director wasn't even aware that Anushka had auditioned till she actually showed the video to him and Aamir Khan. The other behind the scenes video delves into the various stages that lead to the final look of Anushka in the film.

Raju Hirani also revealed that the duration of PK is two and a half hours.