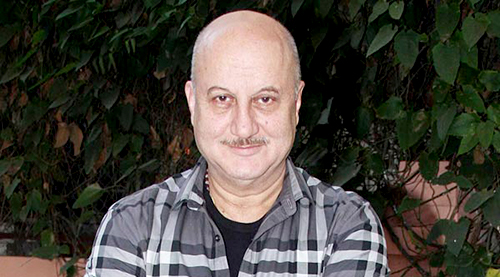 Veteran actor Anupam Kher has won a lot of appreciation and accolades in the decades he has spent in Bollywood. While he is remembered for some of his most iconic roles in some of the biggest blockbusters, the actor is also very active on social networking sites and has often spoken his heart out there.


Having said that, may be out of experience, Anupam Kher knows how to take criticism with a pinch of salt. What had happened was that, of his innumerable followers of 'twitter', one follower tweeted to Anupam Kher stating "@anupampkher you are worst actor". Not the one to 'retaliate' back with rudeness, Anupam Kher applied his presence of mind and replied back to him stating, "Chal jhootha. Teri Best ki spellings galat hai.:)".


It is surely good to see an experienced actor, reacting to nasty comments against him with a good sense of humour.