It is certainly for a reason that personal style is often called an expression of imagination. The B-townies who are often in the eye of the storm, courtesy their glorious resumes and a versatile job description to be their impeccable versions lock horns with the fashion police! This week, we have arrested Ranveer Singh, Disha Patani, Kriti Sanon, Diana Penty, Nushrat Bharucha for their not so savvy style plays. This week’s worst dressed celebrities, Disha Patani tried hard to pull off a Kim Kardashian inspired style, Diana Penty attempted a risqué style on the red carpet, Kriti Sanon dabbled in some edgy and vibrant style that failed to evoke a wow, Nushrat Bharucha made an unflattering footwear choice. But it was Ranveer Singh who had everyone flummoxed with his atrocious style play as he dabbled in all the colours that he could possibly gather for #OOTN!

Playing contemporary muses to some brilliant designers, these celebs may have donned their creations but their interpretations lacked the spunk and came across a tad boring. While some need a change of style, others, who are blessed with an innate style sensibility faltered! Here’s all that erred for them this week. 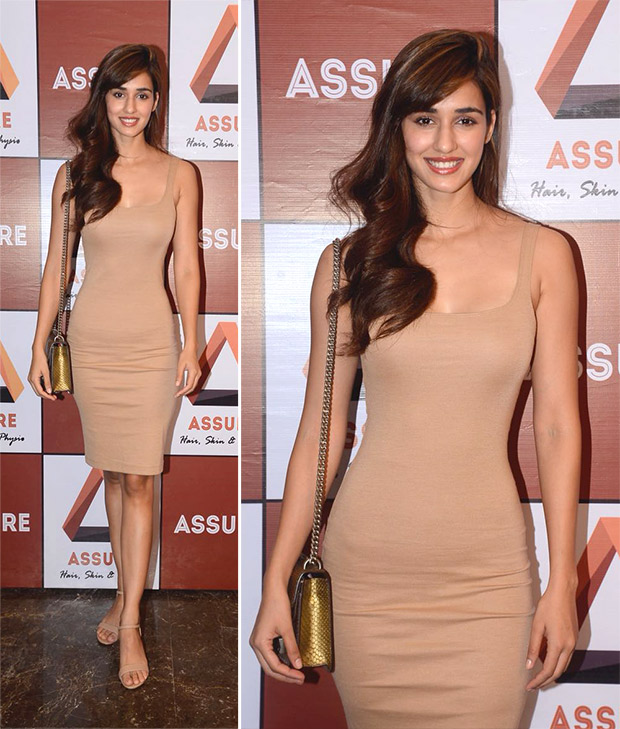 Disha inaugurated a skincare clinic in the city wearing a skin coloured tank dress with a golden Gucci bag and tan sandals. Nude makeup and soft wavy hair rounded out her Kim Kardashian inspired style. While the dress does look form flattering, the overall vibe failed to evoke a wow and we wish Disha had either opted for a pop of colour or kept the whole nude style vibe going with a pair of snazzy high heels! 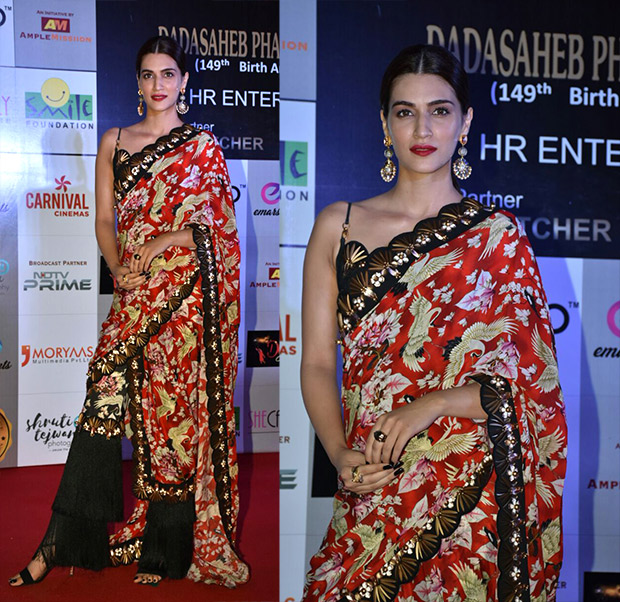 Styled by Sukriti Grover of Style Cell, Kriti attended the Dadasaheb Phalke Awards wearing a tailored saree featuring scalloped flaring fruit skein work and fringe pants by Shivan and Narresh with earrings from Aquamarine. Bright lips and a centre-parted low back ponytail rounded out her look. We have no qualms about admitting that the heady mix of print, skein work and the fringe was a wee bit overwhelming. With a whole lot going-on vibe, the makeup deserves full marks for holding the look together. 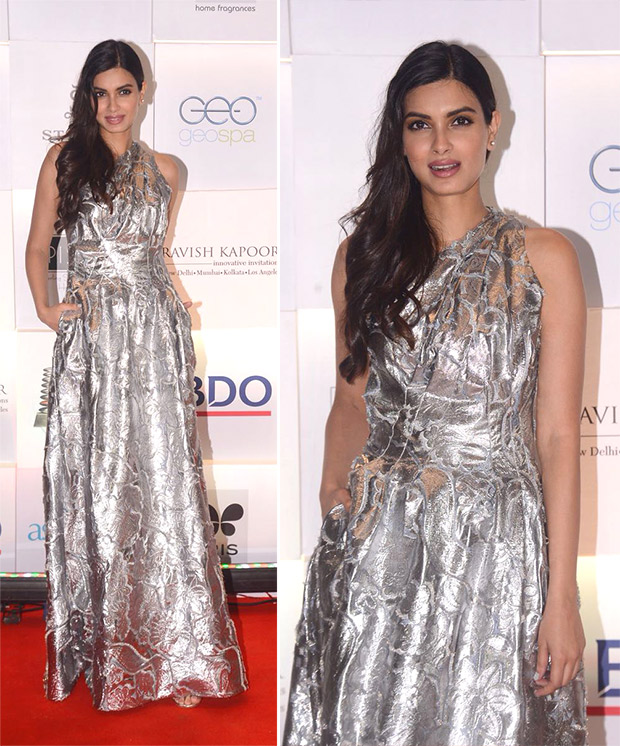 Styled by Ami Patel, Diana attended the GeoSpa Asia Spa Awards this week wearing a metallic jacquard one-shoulder gown by Carolina Herrera. Subtle makeup and side-swept wavy hair rounded out her look. While allowing the dress to take centre-stage with subtle makeup, this #OOTN is flashy and quite unlike her usual chic style play leaving us a tad disappointed! 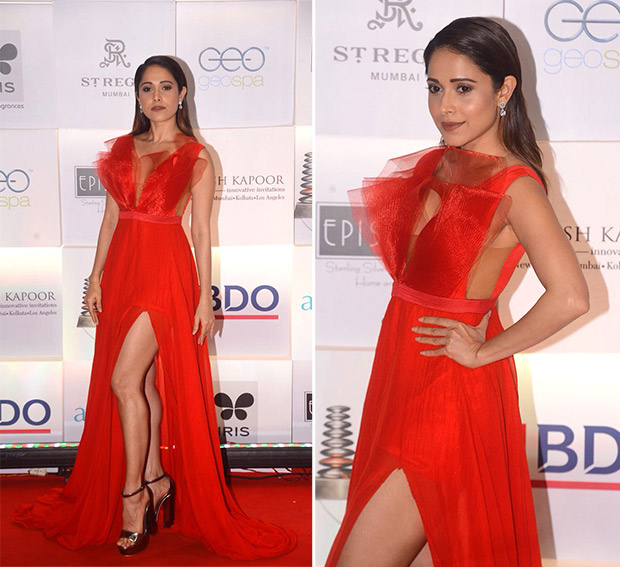 Styled by Leepakshi Ellawadi, Nushrat opted for a Gavin Miguel red slit gown for the Dadasaheb Phalke Awards this week. Dark lips and a slick hairdo rounded out her look. Our only grouse with this #OOTN were the unflattering choice of metallic chunky heels that fail to blend in and break the lovely monotony of the chic style. 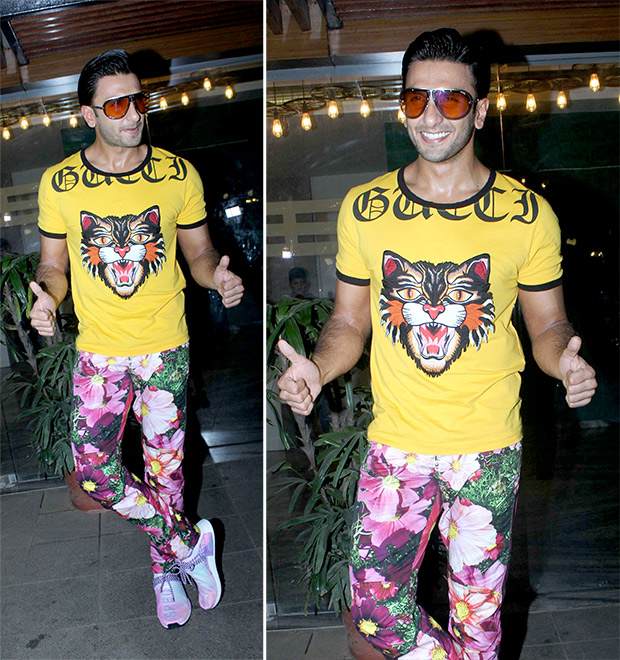 Styled by Nitasha Gaurav, Ranveer attended the wrap-up party of Gully Boy hosted by director Zoya Akhtar. Ranveer teamed a bright yellow Gucci tee with floral printed pants and kicks. Slick hair and sunnies rounded out his look. Taming the word OTT, Ranveer Singh was his flashy best and left us flummoxed with his atrocious avatar!

Showcasing creations that failed to blend in with their personas, we hope and believe these celebs will make a quick comeback with their sartorial offerings. Until then, stay hooked to Bollywood Hungama and stay stylish!