Disha Patani – the cutest girl-next-door with a smile that tugs your heartstrings, a petite frame and long locks! A quintessential outsider, Disha Patani debuted with the critically and commercially acclaimed movie, M.S. Dhoni - The Untold Story in 2016. Disha Patani enjoys an immense fan following with an impressive 10 million followers on Instagram keeping her fans and trolls regaled with her dance routines, fitness, and travel and work shenanigans. Keeping us guessing on their relationship status before she made her big debut, Disha Patani became the cynosure of the media because of her proximity to actor Tiger Shroff resulting in the music video ‘Befikra’ where the duo showed some ace dance moves and their sparkling chemistry. With Baaghi 2 on the anvil, Disha teamed up with ace fashion stylist Tanya Ghavri for the promotions, pulling off casual styles. A mixed bag featuring flattering and unflattering silhouettes, fabrics and colours, Disha Patani fared decently on the fashion charts. This is quite surprising as the usually well-dressed millennial has on many occasions displayed her innate ability to blend comfort with varied styles.

A battle-hardened army officer, Tiger Shroff aka Ronnie goes in search of his ex-lover’s child who is mysteriously kidnapped. Disha Patani aka Neha reaches out to him who goes deep into the underbelly of Goa, facing off against drug lords, menacing Russian henchmen, and bloodthirsty animal to uncover the truth. Essaying the role of Neha in Baaghi 2 that required training in acrobatics, Disha’s on-screen persona styled by Tanya Ghavri features a flashback of being a college student with the seamless incorporation of easy styles any millennial would associate with. As a mother, a mature side of Disha with kurtis, denim and scarf is seen.

Disha Patani for Baaghi 2 - The Good 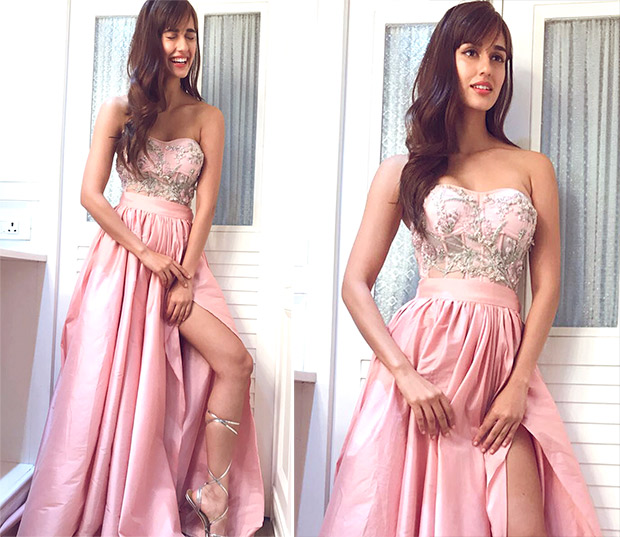 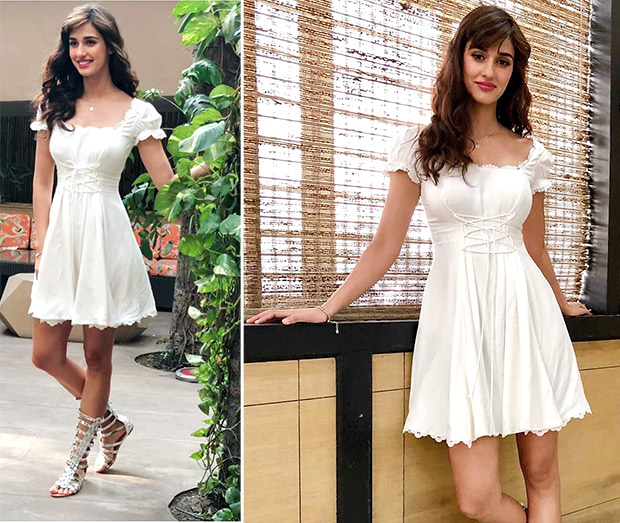 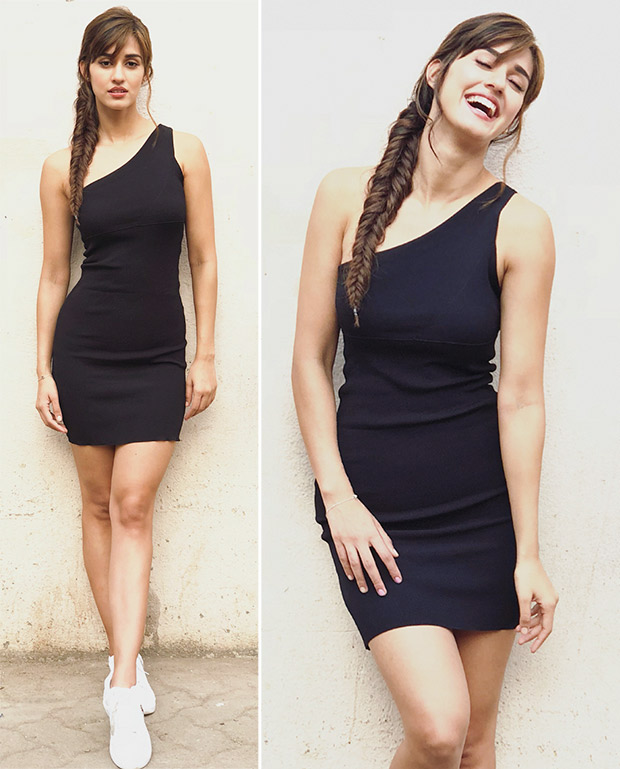 Disha teamed her one-shoulder black bodycon dress with white sneakers and a fishtail braid and subtle makeup – a look that was a refreshing and chic AF!

Disha Patani for Baaghi 2 - The Bad 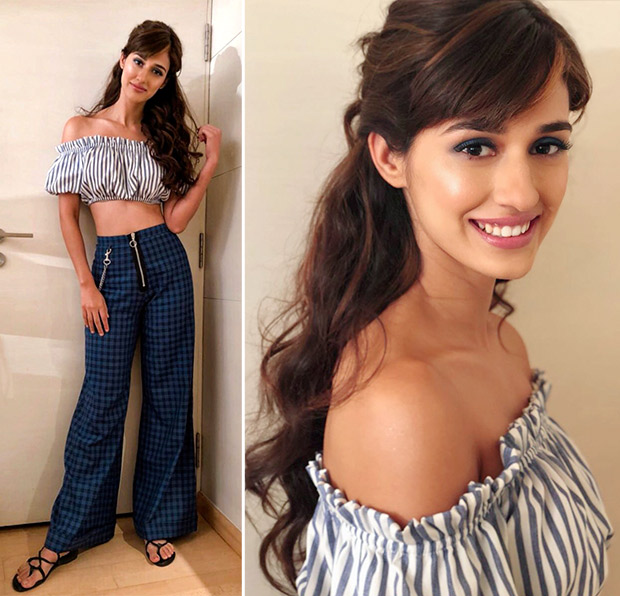 Disha Patani for Baaghi 2 promotions in Asos and Bershka[/caption]

Teaming a striped crop top from Bershka with checkered flared pants from Asos, Disha’s unflattering choice of black flats pulls down the entire look. A half-updo, subtle makeup and signature cute smile were the saving graces. 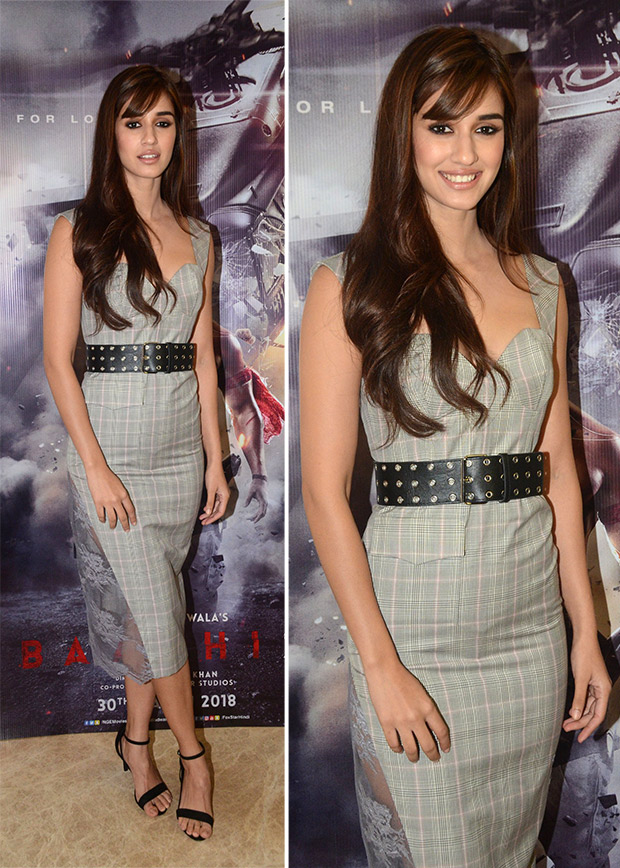 Sporting a grid printed pencil fit dress from Lama Jouni featuring a broad black belt, Disha looked impeccable with the exception of those dreary black open-toed sandals. A crisp pair of pointy toes would have made a remarkable difference to the look. 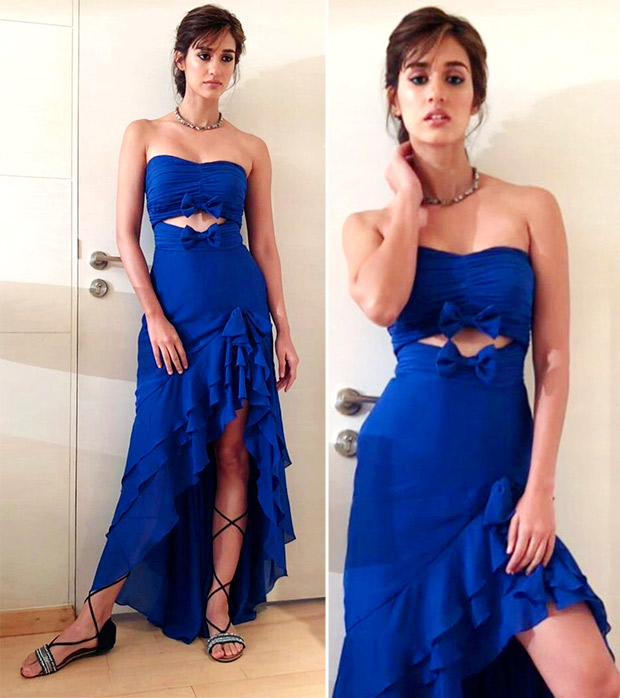 Sporting a cobalt blue symmetrical ruffle layer dress with cutout and bow detail from Shehlaa Khan with sparkly black gladiators from Koovs, Disha sported a statement necklace, an updo and minimal makeup. A pair of pointy toes could have totally elevated the edgy look.

Disha Patani for Baaghi 2 - The Ugly 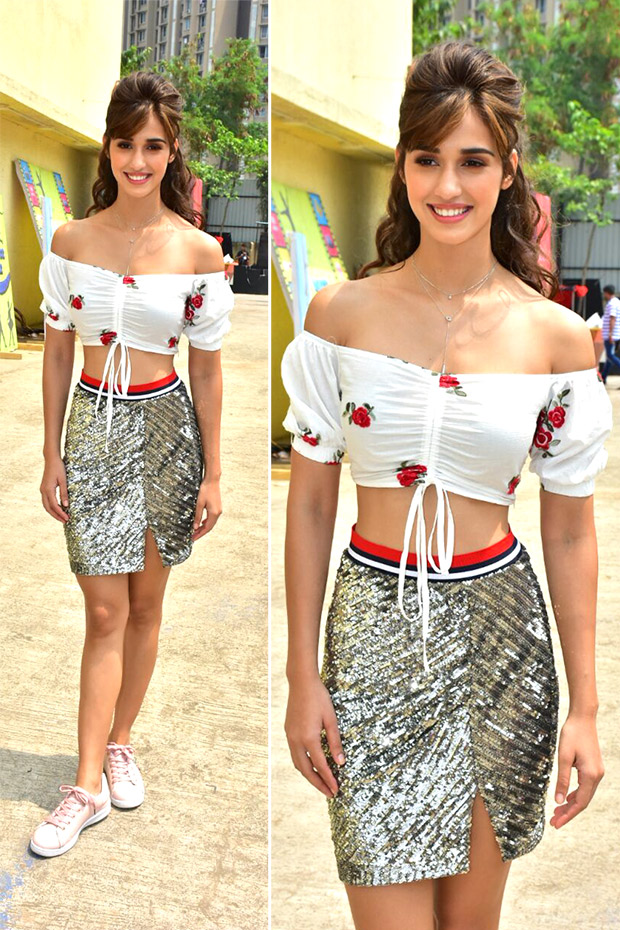 Disha teamed a floral printed white crop top from Asos with a silver sequin skirt from Falguni and Shane Peacock as she appeared on the reality show, DID LI’L Masters 4. A wavy but tousled high ponytail with a delicate layered necklace, subtle makeup and pink lace-ups from Puma topped off her look. An experimental combination that failed to evoke a wow, we wish Disha had steered clear of the embellished skirt. (Also Read: BAAGHI 2: 5 Reasons why the film could be a GAME-CHANGER for Tiger Shroff) 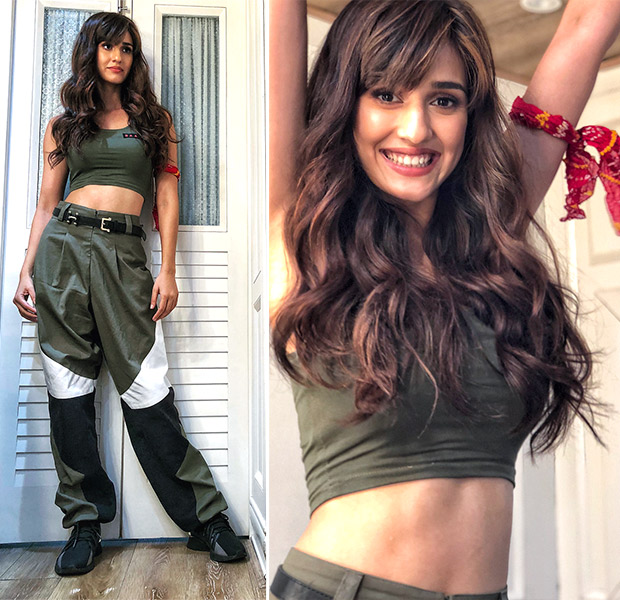 Disha Patani for Baaghi 2 promotions in Deme by Gabriella[/caption]

Going for the military style, Disha teamed a green cropped top with slouchy patchwork cargos from Deme by Gabriella. Puma sneakers with loose side-swept bangs and barely-there makeup topped off her look. Again, an experimental look that looks unflattering, blame the pants or the unappealing choice of footwear that bring down the entire look, Disha Patani needs a style change for sure!

Daring stunts, chase sequences, air strikes, bomb blasts and other large-scale action sequences have been done with a bonafide, larger than life approach, make this movie a spectacle. Baaghi 2 is an action film produced by Sajid Nadiadwala and directed by Ahmed Khan helmed by A Nadiadwala Grandson Entertainment production, presented by Fox Star Studios featuring Tiger Shroff & Disha Patani in lead roles along with Prateik Babbar, Manoj Bajpayee, Randeep Hooda, Deepak Dobriyal and Darshan Kumar. The movie is set to release on March 30, 2018.