It is a known fact that Saif Ali Khan and ex-wife Amrita Singh's daughter Sara Ali Khan is set to make her Bollywood debut this year with Abhishek Kapoor's Kedarnath. But before even making the debut, the newbie actress has been a social media star for a while now. She happens to be paparazzi favourite and is often snapped at events, parties or outside her gym. 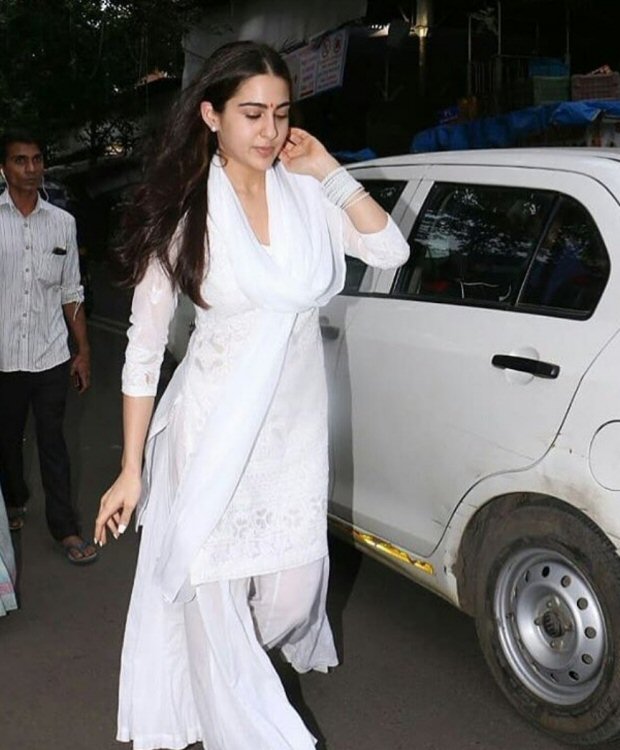 But, there's a different side to the actress and it is pretty inspiring. Sara Ali Khan recently visited the Siddeshwar Temple in Mumbai to seek the blessings of the lord. After her darshan, she was seen helping the needy outside the temple. She gave some of them money and prasad before she left for her home in her car. She was dressed in complete white traditional attire. 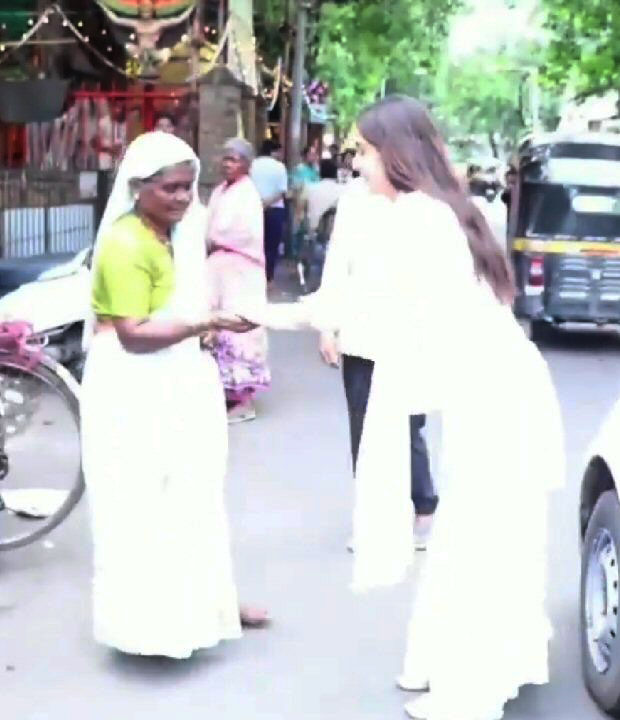 Meanwhile, on the work front, Sara Ali Khan is looking forward to her debut in Kedarnath alongside Sushant Singh Rajput. The film is set to release in November. Post that, a month later, she will be starring in her second film Simmba which stars Ranveer Singh. Directed by Rohit Shetty, the film is set to hit the screens on December 28, 2018.

Also Read: BREAKING: Simmba will be the debut film of Sara Ali Khan; Kedarnath to get postponed