The country has been abuzz with celebrations as we gear up to rejoice Lord Krishna’s birth this year. Janmashtami and Gokulashtami which is celebrated with great pomp and joy in the country, has many kids dressed up as Lord Krishna as a part of the festivity. The actors too have often shared about their childhood shenanigans during Janmashtami and one such actor is Sidharth Malhotra. 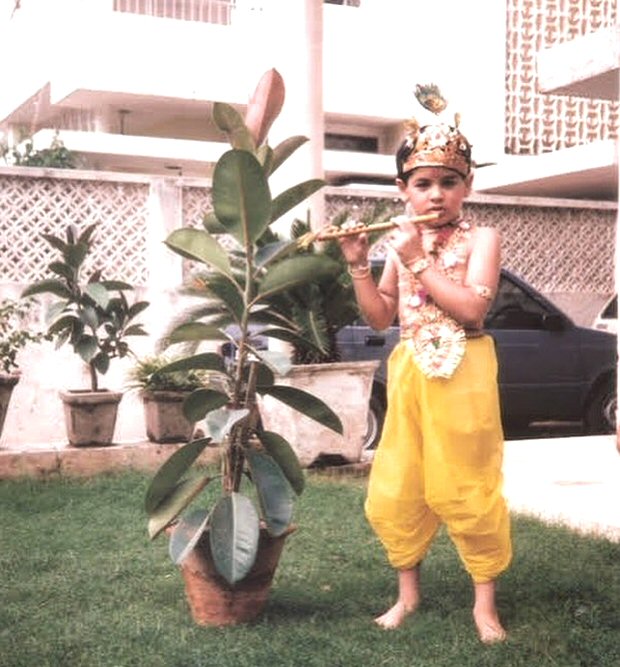 Sidharth Malhotra, who hails from Delhi, reminisced about his childhood days when his family would dress him up as Lord Krishna. Sharing one such memory on his Instagram page, Sidharth wished all his fans on the special occasion. Furthermore, he also revealed in this post that he was dressed up by his grandmother for Janmashtami in this particular year. Posting the picture, he said, “#happyjanmastami #krishnajanmashtami to all, me dressed as krishna by my beloved Dadi. #throwback #delhihouse #festivaloutfit P.S- for some reason placed next to a tall plant. Height reference maybe?”

Aww! We loved the cute Krishna who has definitely swooned his way in our hearts, what say peeps? On the work front, Sidharth Malhotra is quite busy. Last seen in Aiyaary which failed to impress audiences at the box office, the actor is now prepping for a rom-com. He is all set to reunite with his Hasee Toh Phasee co-star Parineeti Chopra this year with Jabariya Jodi. He will essay the character of a Bihari thug in the film and the actress will be playing his partner in crime. The film is based on pakdwa vivah aka forced marriage of the groom, a practice that is quite prominent in North India.

Besides that, the actor is also expected to feature in Vikram Batra biopic and Ek Villain 2. The former will be a biopic based on a military official and it is the story of his bravery.