Whether it is on screen chemistry or off screen, Ranveer Singh and Deepika Padukone seem to make their way into the hearts. Now that they are a married couple, their PDA has become quite the talk of the town. And it is adorable as ever as fans can’t stop gushing about the lovey-dovey DeepVeer moments. While out on a dinner date recently, they yet again set relationship and marriage goals as Ranveer lovingly helped his wifey fix her pants. 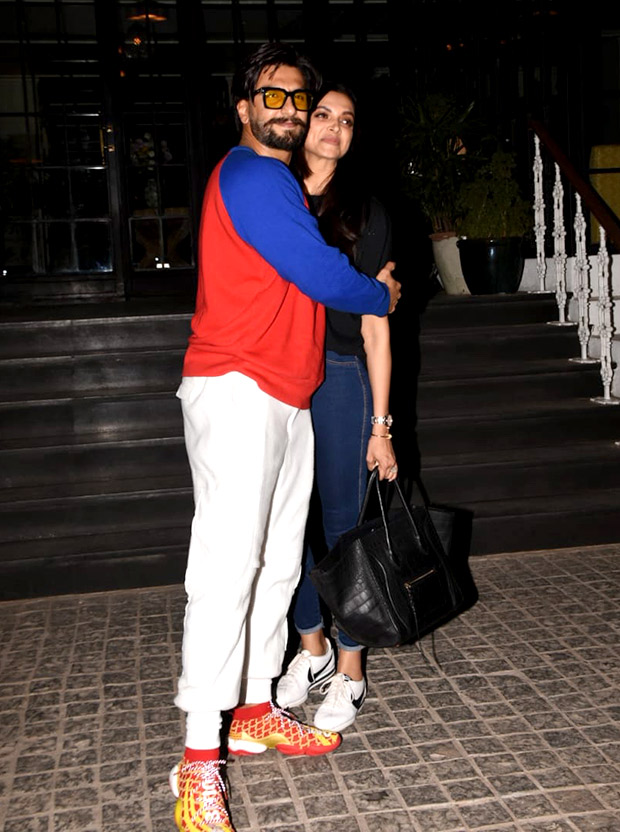 Ranveer Singh and Deepika Padukone have been the cynosure of lenses since the time they have returned post marriage. While returning from a dinner date in Soho House, Juhu, the two actors posed for the lenses but not before Ranveer ensuring that his wife Deepika is comfortable. The actor not only helped her fix her pants but also adjusted it for her. And he didn’t end the moment before placing a loving peck on her forehead. Not surprisingly, this moment sent social media fans of the actors in frenzy as they have been sharing the video all over the platform.

Ranveer Singh and Deepika Padukone, after tying the knot in November in a private yet beautiful ceremony at Lake Como in Italy, hosted a few receptions in India for their friends, family, loved ones and the media. While Ranveer returned to work with Simmba, the two of them later took off for their honeymoon in Sri Lanka which is Deepika’s favourite destination. As of now, Ranveer Singh is busy with the promotions of Gully Boy. On the other hand, Deepika will turn producer this year with her film on real life acid attack victim, titled, Chhapaak, which will also feature her in the lead role.

While there are reports that the two actors may come together in a film next year, there has been no official announcement on the same.

Also Read: Ranveer Singh gets bashed on Instagram for his inappropriate picture with police officials at Umang 2019