Sonam Kapoor and Anand Ahuja were one of the most talked about couples of B-town in 2018. The couple put a ring on their 4-year-old relationship and are currently living their happily ever after. The two have never failed to give up couple goals and are constantly raising the bar high. Be it their travel diaries or their public display of affection, they will make you want to fall in love right now! 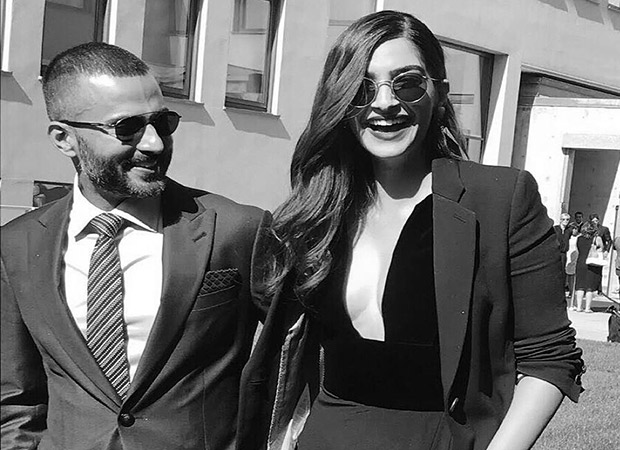 With Sonam’s upcoming film, Ek Ladki Ko Dekha Toh Aisa Laga releasing today, Anand took to Instagram to promote the film. This is the first time that Sonam will be sharing the screen space with her real-life father, Anil Kapoor. Juhi Chawla will also make a comeback in the industry with this film. However, Anand clearly takes the award for the best husband of the year and it is only February! Take a look at his Instagram post and the caption will melt your heart!

Isn’t that the sweetest thing? Ek Ladki Ko Dekha Toh Aisa Laga also stars Rajkummar Rao and is produced by Vidhu Vinod Chopra. The cast is thrilled and positive reviews are pouring in from their fellow B-Townies. Watch this space for more updates and review of the film!

Also Read: Sonam Kapoor’s revelations about Anand Ahuja on The Kapil Sharma Show are beyond HILARIOUS