The Indian film industry lost another gem with Sridevi’s untimely demise. It is a tough time for Boney Kapoor, Khushi Kapoor, Janhvi Kapoor and the entire family. After the last rites yesterday, the Kapoor family along with Boney Kapoor released two separate statements. The family has requested to give them privacy and let them grieve the loss of their beloved Sridevi. As Bollywood continues mourn the loss of the actress, they are also reminiscing some fond memories with Sridevi. 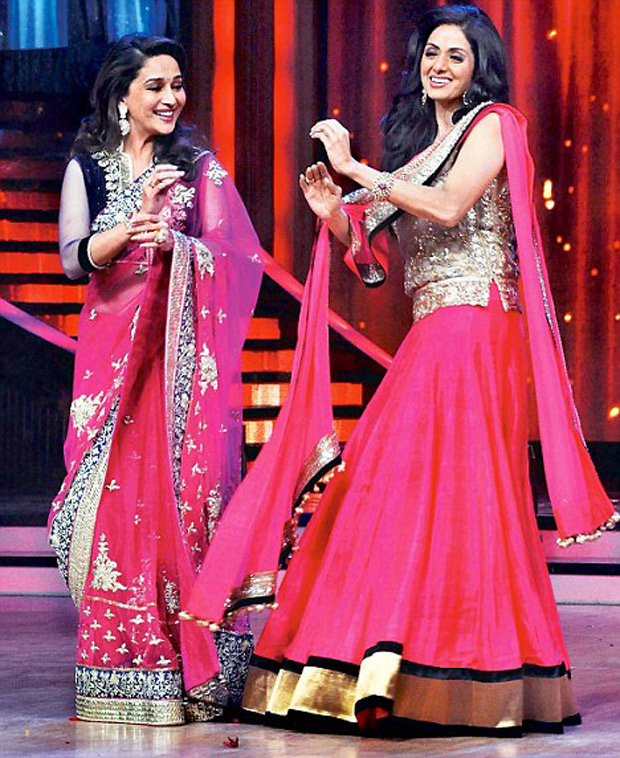 Sridevi, the first female superstar, starred opposite several actors and actresses. In the 80s and 90s, she was reigning queen of Bollywood. Though many actresses joined the industry around the same time, it was hard for them to compete with Sridevi. Her charisma, comic timing, expressions and spark really won millions of hearts. One of the hearts she touched was that of the beautiful Madhuri Dixit. Madhuri was always known to be a graceful performer and dancer. She, time and again, was sometimes compared to Sridevi as even the late actress was a great performer. 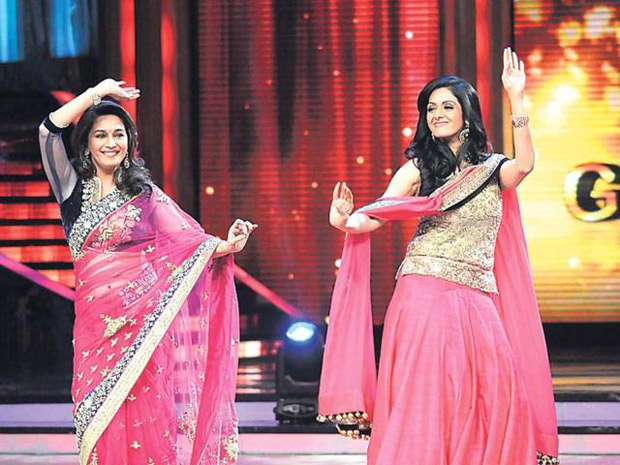 A video from a few years ago is going viral now of Sridevi and Madhuri Dixit dancing on each other’s songs. Sridevi made her comeback with English Vinglish and was promoting the film on Jhalak Dikh Laja. Madhuri Dixit was one of the judges on the show. When the audience wanted them to perform together, Madhuri danced on ‘Mere Haathon Mein’ from Chandni. Sridevi joined her as they danced together. Even Sridevi, then, danced on Madhuri’s song ‘Dhak Dhak Karne Laga’ from Beta. The beautiful divas really made everyone nostalgic proving they were still the queens of Bollywood.

When Madhuri Dixit heard the news of Sridevi’s passing, she took to her Twitter to offer her respects. She wrote, “Just woke up to the terrible news of Sridevi passing. My heart goes out to her family. The world has lost a very talented person who left behind a huge legacy in film. #RIPSridevi.”

When @MadhuriDixit and #Sridevi, danced together to each other’s songs????????????Two legendary Queens in one frame like omg????It was such a beautiful moment for them and their fans❤️Wish they could have been in a recent song or movie together???? pic.twitter.com/MOxDia8lK9

Also Read: Sridevi and Boney Kapoor’s love was controversial but TRUE, the actress’ last dance video is a proof