Pink actress Taapsee Pannu is super excited about 2018. The year will see the actress playing a varied range of roles. From the sweet girl-next-door to a head strong lawyer to a hockey player, Taapsee will be experimenting with many characters. The next release on the pipeline is Dil Juunglee.

The trailer of the film Dil Juunglee indicates that a major portion of the film was shot in England. Reminiscing about one of the most special days of shoots, Taapsee took us back to the day when they celebrated her birthday on the sets of the film. And according to her, it was a rather wild one. 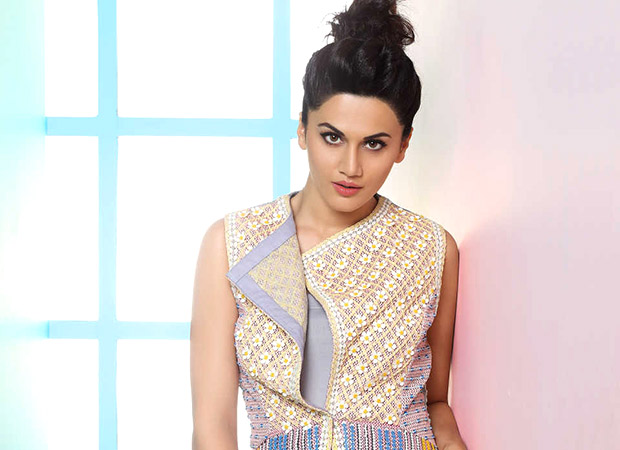 Taapsee spoke about the totally different way in which her birthday was celebrated during the shoot. She also asserted that this will be etched in her memory forever. It all happened during the London shoot of the song ‘Dil Jaane Na’ from the film.

Recalling the incident, Taapsee said, “There we were, shooting for the song on the streets of London. I was completely engrossed in the moment and had completely forgotten that it was my birthday. No one else around me also seemed to know nor did anyone mention it.” She added with a grin, “Somehow, eventually the crew got to know it was my birthday that day and we spontaneously decided to do something, right there and then. So we got into this rickshaw and just rode around the Piccadilly Circus area, shouting, laughing and screaming in the middle of the night!” “It really became a special night for me and one birthday I will never forget, ever!” she concluded.

Dil Juunglee, presented by Vashu Bhagnani’s Pooja Entertainment is directed by Aleya Sen. It is produced by Deepshikha Deshmukh and Jackky Bhagnani. The film is scheduled to release on March 9.

Talking about her other films, Taapsee Pannu will be seen in the Rishi Kapoor starrer Mulk, Abhishek Bachchan starrer Manmarziyaan and Diljit Dosanjh starrer Soorma. She has apparently also signed Anurag Kashyap’s Womaniya.