Kangana Ranaut's Manikarnika: The Queen Of Jhansi released on January 25 and since then, it has been doing very well at the box office. Masses and critics, both, have applauded Kangana Ranaut's portrayal of the valiant queen of Jhansi. Thanks to the positive word of mouth, the movie is running in the packed houses. But despite the success of Manikarnika, there is a controversy surrounding the movie. In all her promotional interviews, Kangana claimed that she has directed 70 per cent of the film but director Krish who was originally on board this project is terribly disappointed with the outcome. And so are actors Sonu Sood, who infamously walked out of the project, and actress Mishti Chakraborty who plays Rani's aide Kashi Bai in the film. Mishti Chakraborty exclusively spoke to Bollywood Hungama as she claimed that she is 'literally shocked’ to see the final outcome of the film. She also claimed that she had not envisioned her role to be this short or insignificant. 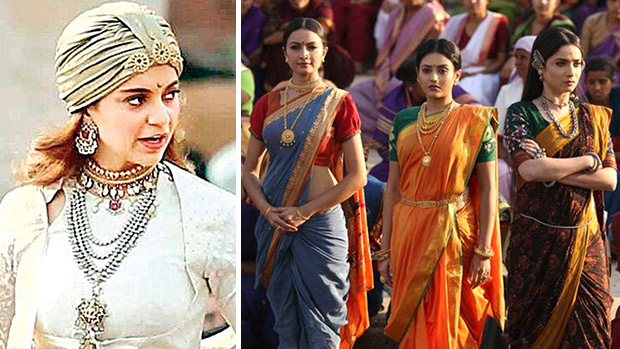 Mishti was not surprised that the movie is doing well. She said, “I always knew this film would do well. It is about Rani Laxmibai jo sab ke dil mai basi hai (the historical figure of queen of Jhansi is close to everyone's hearts) so it has to do well. It has huge patriotic feelings attached to it.” On being asked if she is happy with her role in Manikarnika, Mishti took a short pause before answering, “This was not what I was expecting. This was not what we shot for. This was not what I was promised. So, if you are talking on a personal level about my thing then I can't really say am happy about it.”

Mishti Chakraborty then revealed that when she was first being considered for the role by the producer Kamal Jain, she was very hesitant in taking up a character which was a supportive role to the lead. She was always clear that she wanted something 'substantial’ and not a 'secondary role in a big film.’ Mishti then said that the producer convinced her by saying that, “It is a fantastic role and there is a lot to perform.” She further explained, “What I want to do as an actor is have an adequate scope for performance. It might be just for five minutes. It's not about being a lead or not, it's about the performance. So that's what I was told...my character has some great scenes and a fantastic scope of acting which is at par with the leading lady of the film.” She also specifically said that her another reason for doing the film was director Krish who she wanted to work with owing to his fantastic work down South.

Mishti said that though she was doubtful, director Krish had a different vision for Kashi Bai as someone who is an emotional anchor to the Queen. The disgruntled actress then said, “We began shooting for the film and there were lot of things to be shot. There were a lot of fighting and horse riding scenes.” Interestingly, these scenes never saw the light of the day as they were edited from the final copy of the film. Mishti then said that a lot of her scenes with heavy duty drama shot with Kangana also did not see the light of the day. “Kashibai was the main emotional side of Rani Laxmibai. The scene where she hands over the baby to me, this was beautifully shot by Krish. It was not complete. But I dubbed for it and it came out really well.”

Mishti recalled that she was suddenly informed that Krish was not coming for the last schedule and he suddenly went MIA. She then revealed that she got to see the final film five days before its release. “I was literally shocked. This was not what we shot for. This was not what I was expecting. I am an actor and I just don't want my face to be seen. That there are a few nice close ups and that's it. I want my work to be talked about, not my clothes and shoes.” She reiterated that she was hugely disappointed after watching the film and she just walked out of the theatre without talking to anyone.”

Adding on to this, Mishti also revealed that Kangana NEVER directed her. She said that if Kangana claims that she has directed 70 per cent of her movie, then she must be talking about the ‘Baahubali type flying action shots’. She took a clear side and said, “I would go with Krish’s version. Kangana modified the movie in the edit.” “To glorify yourself, you don’t need to put others down. If you are great, you will stand out in the crowd. If you don’t have the confidence, you will want it all for yourself.” Mishti said that the movie was about Manikarnika so there was no need for Kangana to chop off others’ roles. She even compared the movie to Vidya Balan’s Begum Jaan, which she was part of. She even said that Kangana had said, “I want dates because all characters look jumbled up. I want to introduce them properly. I have taken nice close ups...I trying my best to give everybody a prominent space on screen. After watching the movie, there is no scope for other characters. So there was no need to make fake promises.

Watch the full interview below.

ALSO READ: Slay or Nay: Kangana Ranaut in Ekaya Banaras for the trailer launch of Manikarnika: The Queen of Jhansi in Hyderabad