It is a known fact that Hrithik Roshan is going miles for making his character authentic in Super 30. The actor will portray the role of Anand Kumar in this social drama. He had already kick started the shoot of the same in Varanasi, a few days ago. Now, the schedule has shifted to Rajasthan and people were pleasantly surprised to see the actor in his new avatar. Furthermore, they were taken aback when they saw the actor selling papad.

In the past, we have shared images of Hrithik Roshan from the sets of the film Super 30. The actor looks unrecognizable in his rugged and bearded look. However, this time around, Hrithik seems to have chopped off his heavy beard. 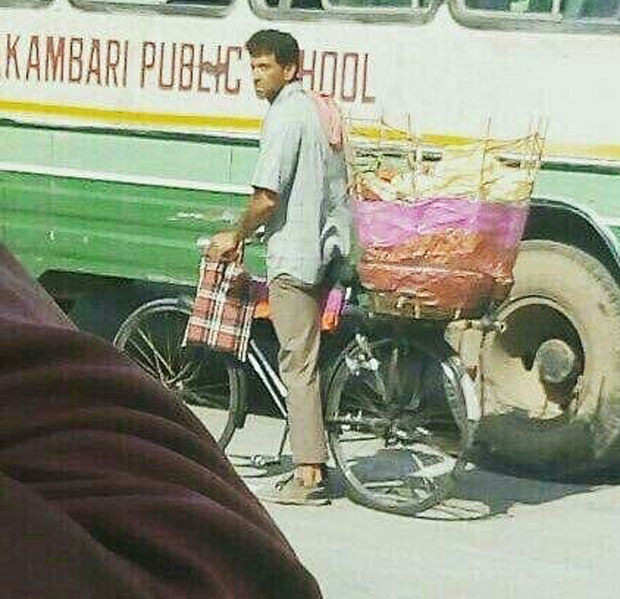 Instead, he was seen sweating it out cycling on the streets of Sambal village in Rajasthan. But it was not the cycle that had taken everyone around by a surprise! It was Hrithik Roshan selling papad. Yes, the actor was seen selling papad door-to-door. While talking about the film, Vikas Bahl had mentioned that the film will showcase the struggles of Anand Kumar. And now, we received a sneak peek into the kind of hard work Hrithik is putting in to bring his story to life.

In fact, pictures from the sets in Rajasthan have gone viral on social media. While many fan clubs have been posting pictures of the actor, some super fans are even sharing videos on this platform. 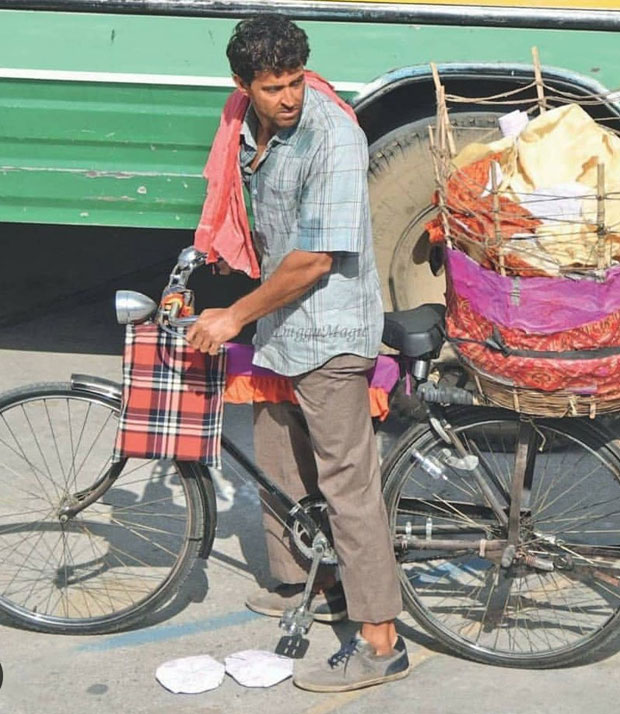 For the uninitiated, Super 30 will feature Hrithik Roshan in the role of a mathematician. The biographical drama speaks about the story of Anand Kumar who is responsible behind providing IIT education to many since years. He kicked off the concept of Super 30 by training 30 stupendous but underprivileged students for the IIT-JEE exams. He provided them with not just academic help but also other facilities for the same.

Directed by Vikas Bahl, Super 30 is produced by Sajid Nadiadwala, Phantom Films and Reliance Entertainment. It is slated to release next year on January 25.

Also Read: Former DGP of Bihar Abhayanand was the real brains behind Super 30?