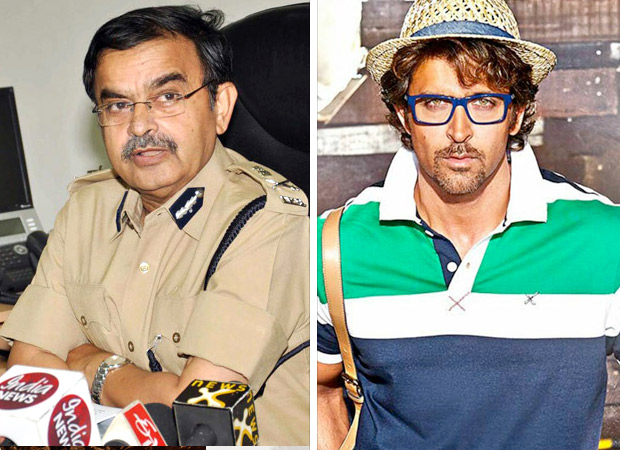 Just a few days ago things started falling in place for the Vikas Bahl directorial Super 30 which now has Hrithik Roshan playing the lead. While the film will be tracing the journey of Anand Kumar as the tutor of 30 students prepping for IIT-JEE [Joint Entrance Exams], it has now come into light that it was former Director General of Police Abhayanand who was the real brain behind the concept of Super 30.

Former DGP of Bihar Abhayanand was the real brains behind Super 30?

Even though he is a former police man, we hear that Abhayanand has contributed immensely to the field of education and it was his dream to give these academic benefits to the underprivileged. Although he doesn’t want to create a fuss over the fact that Anand Kumar is being considered as the protagonist for Super 30, he did elaborate on the story about how Anand Kumar became a part of this project.

According to Abhayanand, Anand Kumar joined him as a Math tutor in 1994 when Abhayanand’s kids [the ones he tutors] had already cleared the IIT and were preparing for their JEE. Furthermore, Abhayanand reportedly added that he expressed his desire to start something for the underprivileged in 2003 when he also asked Anand Kumar to come on board. While Anand did agree to do the same, he executed the ideas given by Abhayanand and that’s how Super 30 came into being. However, in 2007 the two decided to part ways.

Reports state that Abhayanand considers Super 30 only to be a small part of his entire initiative which is to give a wider reach. The former police officer asserted that his tryst with education continues and that he aims to reach more underprivileged kids to provide education. He also stated about how he often feels proud when his kids make it to reputed institutions.

In fact he has taken the initiative forward with many such concepts similar to Super 30 which includes Magadh Super 30 in Gaya, Rahmani 30 for Muslim Children in Patna, Sangam Super 15 in Rajasthan amongst others. Furthermore, writer Sujit K Singh had even made a docudrama on Abhayanand called Abhayanand – The Cop With A Chalk because of his intriguing life story wherein the police officer hasn’t used a revolver at all due to his non-violence policy.