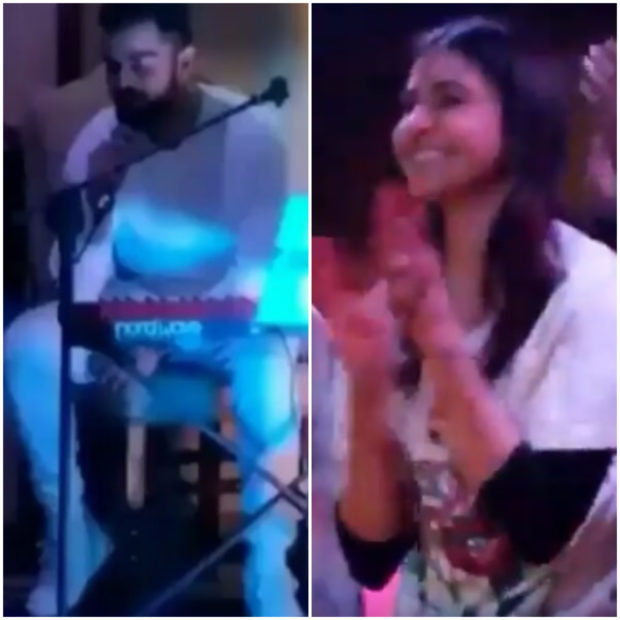 The newlyweds Anushka Sharma and Virat Kohli are, undoubtedly, stealing the limelight after the two got hitched yesterday in private ceremony in Italy. The three-day wedding extravaganza was attended by family and close friends.

Although their Tuscany wedding videos and photographs have taken over the Internet by storm, a new video has surfaced online which is giving everyone warm and fuzzy feeling. A night before the wedding, there was small dance and sangeet ceremony planned for the family and friends where Virat also sang 'Mere Mehboob Qayamat Hogi' for Anushka. In the video, Virat is sitting crooning the song while the bride Anushka is watching the moment along with their relatives and friends. It is one of the most adorable moments.

The newlyweds will be hosting a reception in New Delhi for their relatives on 21st December which will be followed by a reception for industry friends and cricketers in Mumbai on December 26. Post the reception, they will travel to South Africa where Virat Kohli will start prepping for the upcoming series and Anushka will spend New Year’s Eve with him. The newlywed couple will be shifting to their new residence in Worli, Mumbai in December once they return from Delhi.