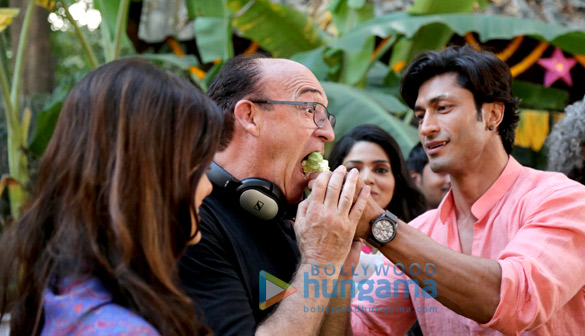 Ever since Vidyut Jammwal came into Bollywood, he has not stopped amazing moviegoers. In his first film Force, he played villain and gave a hard time to the good cop John Abraham. His charisma and action avatar in the film was too good and Force producer Vipul Shah surprised everyone by taking him in the lead role for Commando. This film didn’t do that well but it caught everyone’s notice. Later on Vidyut Jammwal was seen in not-so-exciting films but his popularity remained intact. Even after Tiger Shroff debuted in Bollywood, Vidyut Jammwal stood out despite the former also being quite athletic and an action hero. That Vidyut Jammwal was a vegetarian and still managed to build those abs was something that was praised a lot.

On December 10, Vidyut Jammwal turned 37 and he celebrated his birthday on the sets of the film Junglee, which he’s shooting for currently in Thailand. Two pictures of these celebrations are out and it seems Vidyut had a lovely time on his big day. The first picture shows Vidyut Jammwal feeding a piece of cake to the director of the film, Chuck Russell. In the other picture, both are posing and seem comfortable in each other’s company. 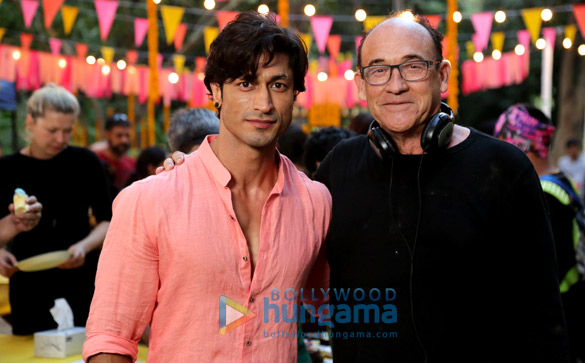 Junglee releases on October 19, 2018 and its shoot began over a week ago in Thailand. Chuck Russell has earlier directed Hollywood films like The Scorpion King, The Mask etc. The film attempts to throw light on the relationship between a man and an elephant. The film is written by Ritesh Shah and incidentally, this film titled Junglee is produced by Junglee Pictures. The production house approached Chuck Russell to direct who agreed to come on board. Besides Thailand, Junglee is also expected to be shot in Kerala, Odisha and West Bengal.