We already told you that Ananya Panday has signed her next with Southern star Vijay Deverakonda. Considering Deverakonda's huge fan following down South, this might prove to be a big break for Ananya. They have already started working on the film. Earlier, a handful of photos of the two shooting in Mumbai at night and riding a bike went viral. 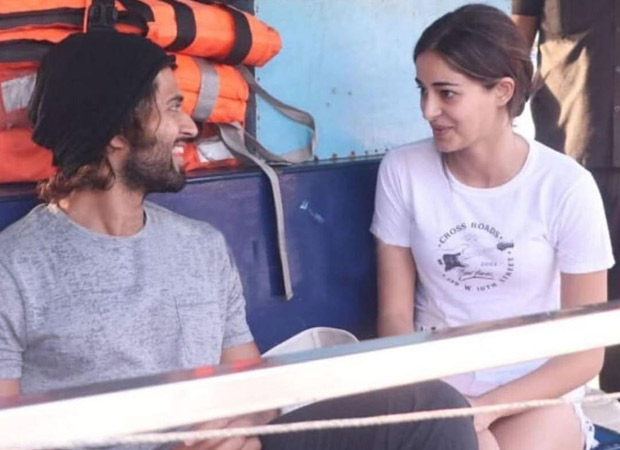 Looks like their next shooting spot required them to take a boat ride. In a video that's surfacing on the internet, we see the two walking into a boat. It is Vijay who arrives first and takes a seat. Ananya, dressed in a white tee and shorts, joins him. The two, engrossed in a conversation, seem to be enjoying the ride. Watch the video below.

A post shared by VIJAY DEVERAKONDA FANS CALICUT (@vijaydeverakonda.fans.calicut) on Mar 2, 2020 at 8:48am PST

Ananya announced her association with Vijay and director Puri Jagannath around two weeks back, on her Instagram handle. 'Happy, blessed and excited to be associated for a Pan-India film with our director @purijagannadh,' she wrote.

At present, she is also working on Ali Abbas Zafar's production Khaali Peeli alongside Ishaan Khatter.

Siddhant Chaturvedi finally opens up about…

Ananya Panday says she is not bored…

Ananya Panday dresses up in an LBD to go…