The year 2018 will see many fresh pairs on the big screen. One of the pairs coming together will be Ranveer Singh and Alia Bhatt in Zoya Akhtar’s Gully Boy. The film went on the floor in early January 2018 in Mumbai. It will revolve around the story of rappers Naezy and Divine. 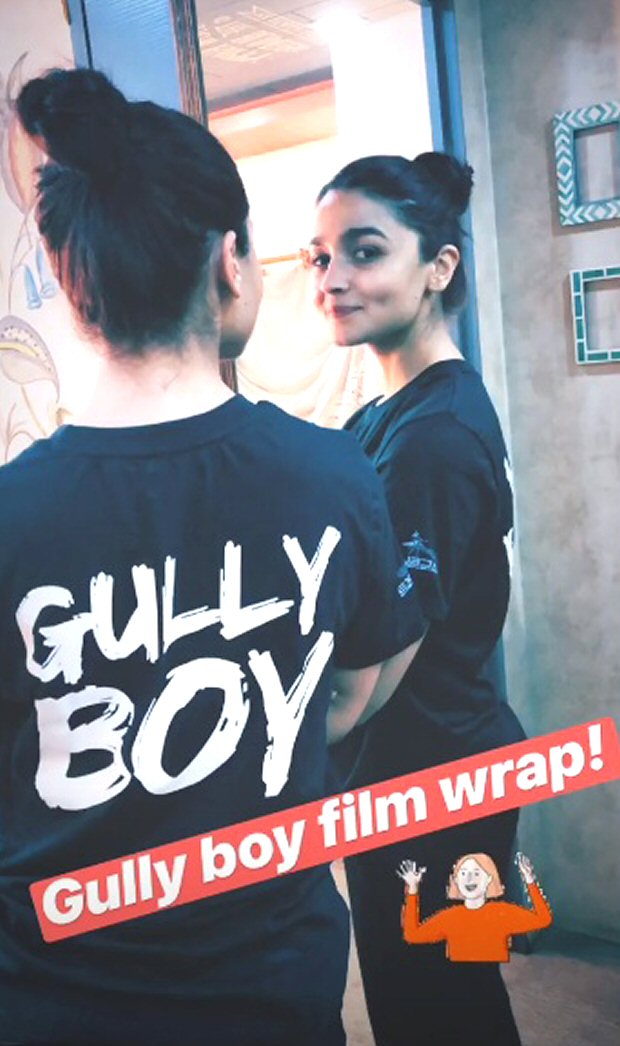 Alia Bhatt has been shooting nonstop for Gully Boy ever since she returned from Bulgaria after wrapping up Brahmastra schedule. The actress has finally wrapped up Zoya Akhtar’s next directorial. Alia shared a lovely picture on her Instagram story with the title of the film written on it. "'Gully Boy' film wrap," she captioned the photo. "And it's a film wrap for 'Gully Boy'! Going to miss this set too much. The best best crew and all the best people! Love you all... Miss you already Zozo (Akhtar) and Tutu (Ranveer Singh)! Big Hug! See you guys very soon," Alia wrote in an emotional post. 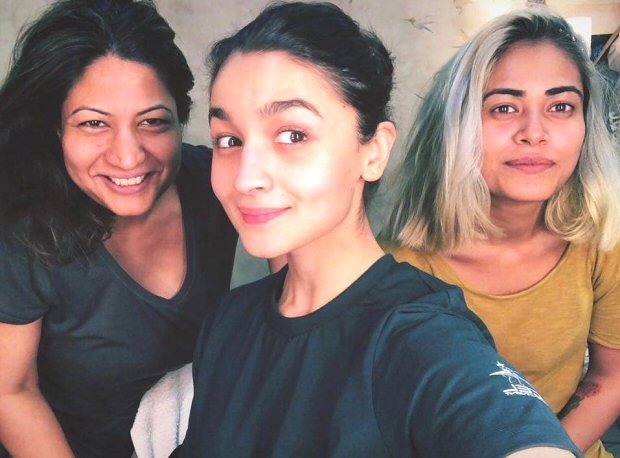 Alia Bhatt, on Sunday, was seen shooting at Goregaon railway station in Mumbai. Post the midnight shoot, she hugged Zoya as she wrapped up the film. She cut the cake with her entire crew and bid farewell to them. 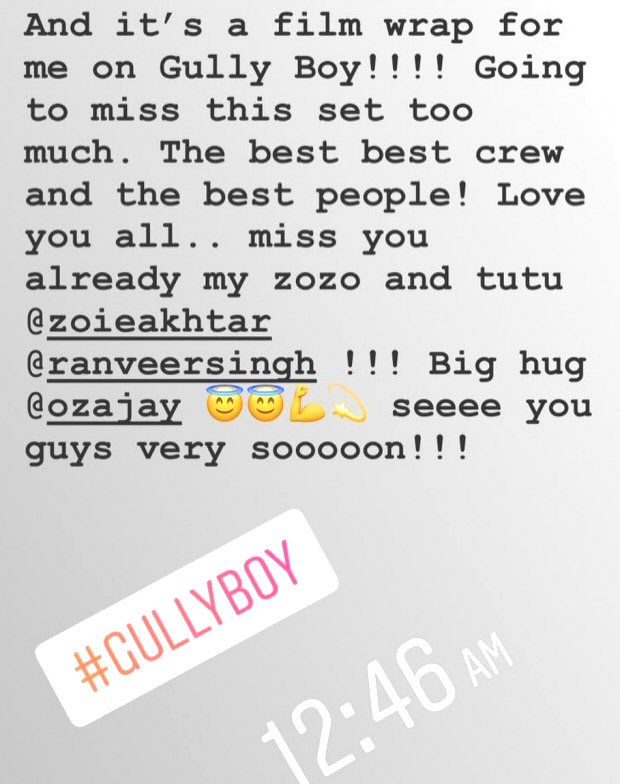 Directed by Zoya Akhtar, Gully Boy will bring Ranveer Singh and Alia Bhatt on the big screen for the very first time. Although they have worked in a couple of ads for an e-com travel portal, this will be their first film together. This would be the second collaboration between Zoya and Ranveer after Dil Dhadakne Do. The film is scheduled to release on February 14, 2019.

#AliaBhatt wraps up the shooting of Zoya Akhtar's #GullyBoy in Mumbai