Shraddha Kapoor is gearing up for the magnum opus Saaho with Bahubali star Prabhas. And she also has some interesting Bollywood films to look forward to. Amidst all of these, Shraddha, who loves to spend time with her family, was recently seen walking down the memory lane. 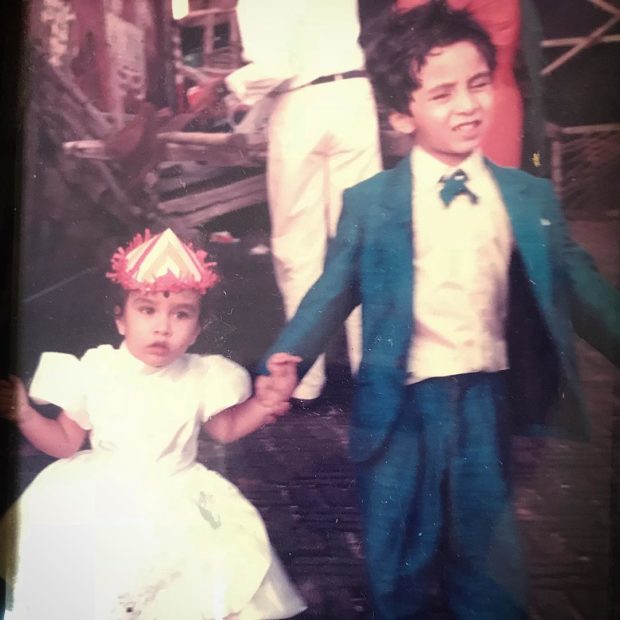 A picture posted by her actor-brother Siddhanth Kapoor seems to have triggered memories. Shraddha Kapoor has a major fan following social media and not to forget the actress too loves to share updates on the platform. Recently, she felt nostalgic when her brother Siddhanth shared a picture on Instagram unexpectedly.

Siddhanth Kapoor, who too shared screen space with his real life sister in her last film Haseena Parkar, was in a mood for reminiscing memories. He posted this image of him holding the hand of his younger sister and beautifully captioned the same saying, “Will always hold your hand , always have your back ... love you #ultramegasuperthrowback #iwasmorestylishthen lol.”

While Siddhant was all dressed up in suit, looking dapper, Shraddha looked cute with her adorable frock and a birthday cap. While the sister was overwhelmed with her brother’s gesture, she also responded cutely to the said post. Reposting the image, she said, “Always overwhelmed by his love @siddhanthkapoor. And how do I ever express how much I love you Bhaiya.”

Shraddha Kapoor and Siddhanth Kapoor have shared screen space by far only in one film, Haseena. While the two of them are busy with their own career paths, Shraddha is known for her commercial roles. The actress will next be seen in Batti Gul Meter Chalu alongside Shahid Kapoor and Stree opposite Rajkummar Rao. Also she will be making her South debut with Saaho.

Always overwhelmed by his love @siddhanthkapoor And how do I ever express how much I love you Bhaiya ?? ?? ?? #Repost @siddhanthkapoor with @get_repost ··· Will always hold your hand , always have your back ... love you ??. #ultramegasuperthrowback #iwasmorestylishthen lol

Also Read: On the sets of STREE: Shraddha Kapoor and Rajkummar Rao indulge in Dil Se jugalbandi and Shah Rukh Khan will definitely love it!