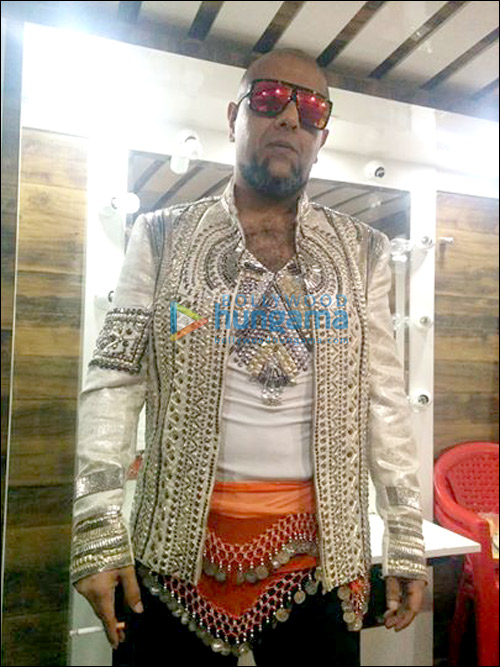 Vishal Dadlani, who started off with a rock band, gradually went on to become a mainstream music composer (along with his Shekhar Ravjiani) for Bollywood films. He is equally known for his singing as well. And while he has made appearance on reality TV show, it is director Farah Khan who makes sure to cast him in quirky cameos for her films.


Maybe that explains the reason as to why Vishal Dadlani posted his funny 'desi rockstar look' from the said film with the caption "And Farah Khan has done it again! Or rather, gotten me to do it, again!". He also added a 'Disclaimer' stating "This is neither the most embarrassing nor most ridiculous thing I've done in #HappyNewYear !" . He also tweeted the same image, this time with the caption, "The beautiful insanity of shooting for @TheFarahKhan 's legendary cast and crew song! #HNY". Readers may recall that Vishal Dadlani, in one of his media interactions, had said that Farah makes him do bizarre things for the film. This look of Vishal Dadlani maybe just one of the bizarre things in Farah Khan's to-do list for him.